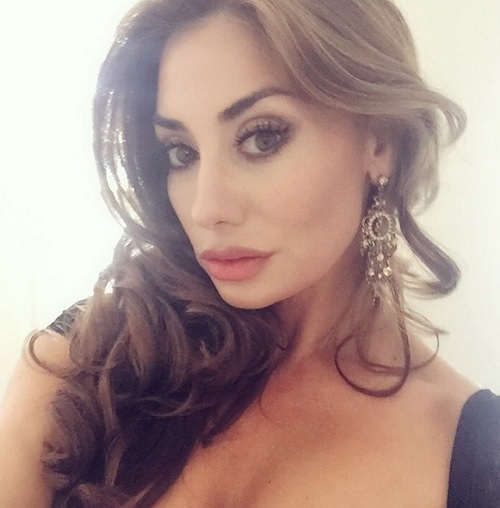 Did Tamra Barney bully fellow housewife Lizzie Rovsek into quitting Real Housewives of Orange County? RHOC spoilers tease that Season 10 of the reality TV show will premiere on Bravo on June 8th, but Lizzie Rovsek has confirmed that she quit the show and will only appear in a few episodes as a friend of the housewives.

Since Lizzie Rovsek confirmed that she was leaving Real Housewives of Orange County, rumors have been floating around on the internet that her wretched co-star Tamra Barney bullied the RHOC newbie and tormented her until she finally quit the show. Rovsek insists that she actually left the show because she needed more time to focus on her business ventures – but nobody is buying it. Tamra Barney stirred up a ton of drama for Lizzie during Season 9, and nothing nice to say about the new girl on the block.

According to Real Housewives of Orange County spoilers, Bravo has already replaced Lizzie Rovsek with a new member of the cast. Meghan King Edmonds is reportedly filming scenes with the other RHOC housewives. Her claim to fame is her marriage to major league baseball player Jim Edmonds. Ironically, Edmonds is not the only wife of a MLB player to appear on Season 10 of Real Housewives of Orange County. Bravo originally cast Katie Hamilton, wife of Josh Hamilton to appear on the show, but she also walked off after reportedly arguing with producers about how much of her husband’s alleged drug problems they would air on television.

It sounds like Season 10 of Real Housewives of Orange County is going to be a merry-go-round of faces this summer, and several women will be coming and going throughout the episodes. Why do you think Lizzie Rovsek quit? Is Tamra Barney to blame? Will Meghan King Edmonds and Katie Hamilton spice up the show, or is it going to be a snorefest? Let us know what you think in the comments below!