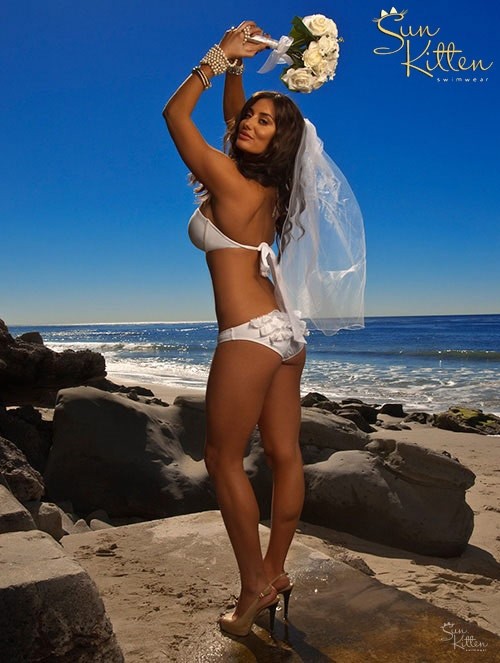 Season 9 of The Real Housewives of Orange County just came to a close, with their season finale airing on Bravo on Monday August 18th. Rumors have been running rampant that cast member Tamra Barney is on the verge of being fired from the RHOOC cast both because she is terribly boring and because she has basically rubbed every other member of the cast the wrong way. The only reason Bravo kept Barney on the cast was because the constant coverage of her divorce from hubby Eddie Judge was good publicity for the reality TV series.

But, recent reports have revealed that Tamra and Eddie are perfectly happy, and divorce isn’t even a possibility. So, without the constant buzz of her alleged divorce, Bravo really has no reason to keep Tamra around. And, the odds of them firing her were greatly increased during the Real Housewives of Orange County finale, when she cursed out her co-star Lizzie Rovsek and accused her of flirting with Eddie.

Apparently the Real Housewives of Orange County cast played a friendly game of , “F-ck One, Marry One, Kill One.” Eddie apparently confessed that he would choose to have sex with Lizzie during the game, and Tamra has been a raging biotch to Lizzie ever since. Lizzie accused Tamra of being jealous of her because of what Eddie said, and all hell broke loose. During the reunion show, Tamra cursed out Lizzie and said, “Listen Kentucky-Fried-Titties, my husband wouldn’t touch you with a ten foot pole.”

Tamra’s argument with Lizzie seems petty and childish, and is just an example of the constant bickering she does with all of the members of the Real Housewives of Orange County. It’s no wonder the other housewives and Bravo have had enough of Tamra’s ridiculous drama!

What do you think RHOOC fans? Do you like Tamra Barney on the show, or have you had enough of her? Do you think the rumors are true and Bravo is planning on firing her? Let us know what you think in the comments below!