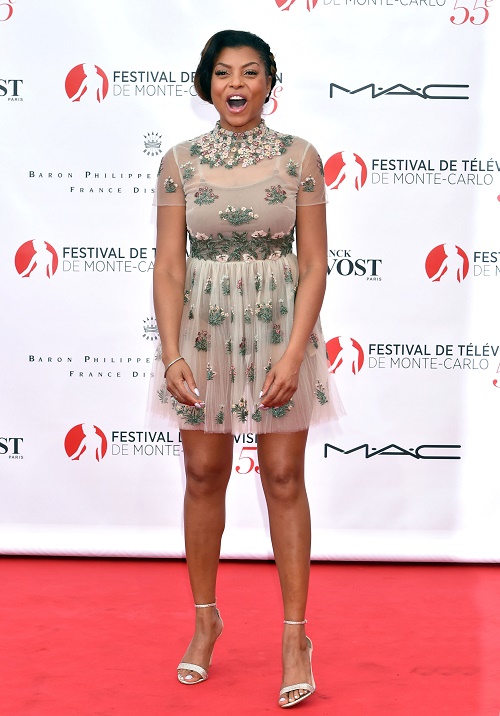 Taraji P. Henson’s character Cookie is a total diva on the hit new FOX drama Empire. But, according to multiple reports, Taraji’s character isn’t that much of a stretch of the imagination and she is just as big of a diva when the cameras aren’t rolling. No one predicted the success of “Empire,” or how huge the musical drama would be when FOX ordered the first season – but the show’s success has clearly gone to Taraji P. Henson’s head and her diva demands are crazy!

Just last month reports hit the internet that Henson was threatening to quit after just one season and demanding more money from FOX. Apparently, after the entire cast renegotiated their contracts, Cookie realized that some other actors were making almost as much as she was and she was livid. She went back to the producers and demanded more money because she felt that she had basically carried Empire and was the reason behind the drama’s success.

Either Taraji’s demands were met, or she was all talk – because the actress didn’t quit the show and she has been filming the next season with the rest of the “Empire” crew. But, according to sources on the set, she is making everyone’s life a living hell behind the scenes. An insider dished to Naughty Gossip, “She can be bossy, rude, and extremely controlling. She’s a nightmare!”

FOX really isn’t in any position to replace Taraji P. Henson, seeing as how Cookie is a crucial character on “Empire.” She may be a diva, but she is also a smart business woman – Taraji knows that FOX can’t afford to cut her loose, especially considering all of the fans she garnered during the show’s first season. Are you as excited as we are about the next season of “Empire?” Do you believe the reports that Taraji is a total diva on set? Let us know what you think in the comments below!