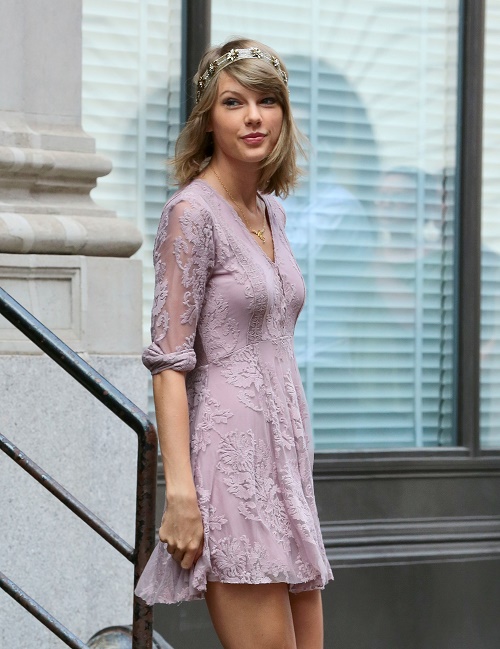 After Nicki Minaj and Taylor Swift’s feud caused much drama surrounding the 2015 MTV Video Music Awards, Taylor and Nicki have ended their little spat on friendly terms. As you know, we recently reported that Nicki Minaj felt snubbed after MTV announced the nominees for Video of the Year at the 2015 VMAs. Nicki, who felt that the music video for “Anaconda” should have been nominated for Video of the Year, slammed MTV for racism and called them out on not recognizing artists of color. After that, Taylor stepped in, and then things heated up.

Nicki Minaj tweeted and made it very clear that she believed that had another artist released “Anaconda” it would have been nominated for Video of the Year. She writes via her Twitter page, “If I was a different “kind” of artist, Anaconda would be nominated for best choreo and vid of the year as well.”

Taylor Swift then fired back at Nicki Minaj, believing that Nicki was attempting to put her down.The drama went on and on, and now we finally have a resolution. Taylor Swift has officially apologized! The “Bad Blood” singer tweeted and said, “I thought I was being called out. I missed the point, I misunderstood, then misspoke. I’m sorry, Nicki.”

Nicki Minaj saw Taylor’s tweet and accepted her apology. Minaj said, “That means so much Taylor, thank you,” followed by three heart emojis.Nicki Minaj then cleared everything up on Twitter by tweeting out saying that she never had a problem with Taylor and has always respected her.

Now that Taylor Swift and Nicki Minaj have joined forces against the 2015 MTV Video Music Awards, we wonder if MTV will release a statement soon stating why the “Anaconda” music video did not get nominated after being such a cultural phenomenon.

Are you happy to see Taylor Swift and Nicki Minaj on the same team again? Do you feel that Nicki Minaj was snubbed? Let us know in the comments below.