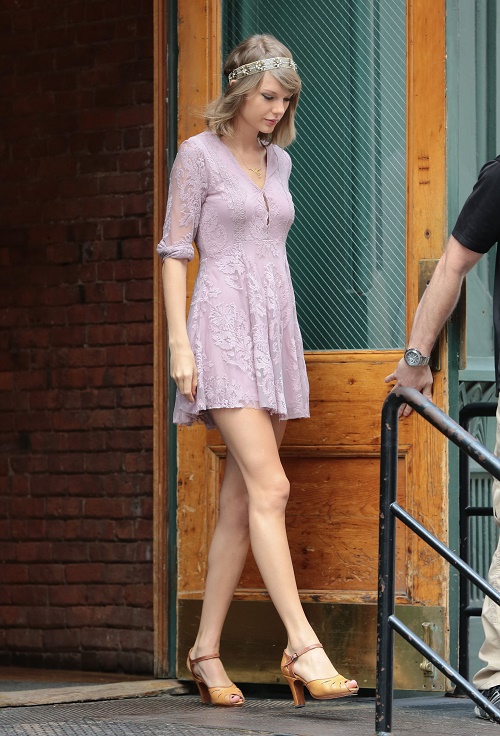 Taylor Swift and Calvin Harris’ relationship has been moving rapidly. The “Shake It Off” singer and Scottish DJ have only been dating a few months, but they are reportedly already moving in together and rumor has it they are already discussing wedding plans. But there seems to be one thing that is coming between the couple – their very different cultures, and the fact that half of the time Taylor can’t understand his thick Scottish accent.

Taylor Swift is proud to be an American. Seriously, she’s over the top with her patriotism. But her boyfriend, Calvin Harris, was actually born and raised in Scotland. According to the July 27 edition of In Touch Magazine, Calvin has been trying to introduce Taylor to his beliefs and Scottish culture – by making her watch Scottish TV shows. And he is hoping that she might pick up on some of the Scottish lingo so that they can communicate better.

An insider dished to In Touch Magazine, “Calvin wants Taylor to understand people with thick Scottish accents. Taylor is a huge TV crime show fan, so Calvin has introduced her to the UK cop series that feature Scottish actors. Taylor is cheating though, she is watching them with the subtitles on. It has been quite a laugh among Calvin’s friends.”

Seeing as how Taylor and Calvin have been PDA-ing all over the world for the last few months, we have a sneaking suspicion that their language barrier issues aren’t exactly hurting them in the romance department. Hey, on the bright side – if Taylor can’t understand her boyfriend half of the time, then they most likely don’t do a whole lot of arguing. Maybe their relationship will last longer than we all suspected, because they will need a translator just to break up!

Do you think Taylor Swift and Calvin Harris are in it for the long haul? Is there a wedding in the near future? Share your thoughts in the comments below!