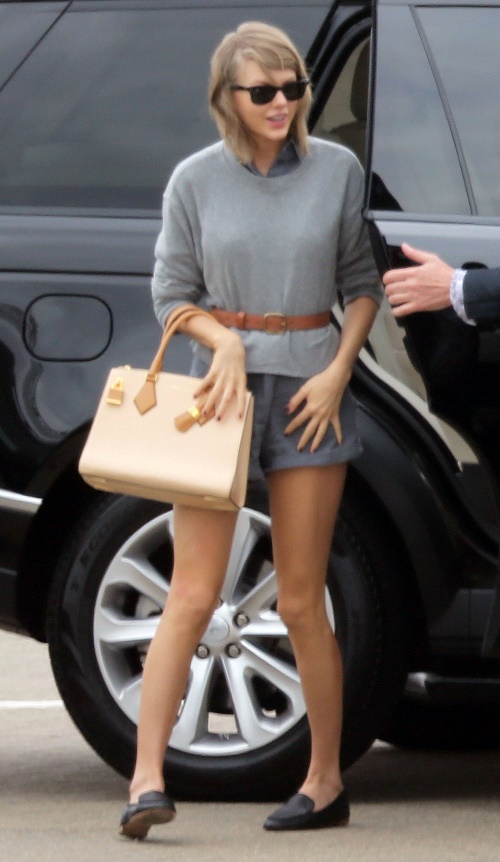 It seems like just yesterday Taylor Swift began dating Calvin Harris. It was actually a few months ago, but the hot new couple is moving so fast their entire relationship has been a blur. Taylor Swift has a bit of a reputation for falling for her boyfriends hard and fast – and Calvin Harris was no exception. Rumors have been running wild that Taylor is already planning her wedding to Calvin, even though they have only been dating since February. She hasn’t picked out a wedding dress just yet – but the singer has reportedly asked Calvin Harris to move in with her and her two cats!

The July 20 edition of OK! Magazine reveals, “Taylor trusts Calvin more than anyone she has ever met and she is ready to take the next step. Both of them have to travel all over for gigs, but they hate being apart. They already practically live at each other’s places when they have some down time.” It became obvious that Calvin and Taylor were super serious last month when the couple was spotted in New York City – and Calvin spent three days straight sleeping at Taylor’s NYC apartment with her.

The relationship doesn’t seem to be completely one-sided like some of Taylor’s flings in the past – Calvin is reportedly just as serious about Taylor as she is about him. OK! Magazine’s inside source went on to explain that Calvin is reportedly making plans to introduce Taylor to his parents, and he thinks that they “are going to love her.”

Here’s to hoping that Taylor Swift and Calvin Harris work out because honestly we can’t take another break-up album. Taylor needs some new material, maybe an engagement album or a happily ever after album. Do you guys think that Taylor Swift and Calvin Harris are moving too fast? Is it a little too soon for them to be moving in together and meeting each other’s families? Or do you think they are in it for the long haul and will actually get married? Let us know in the comments below!