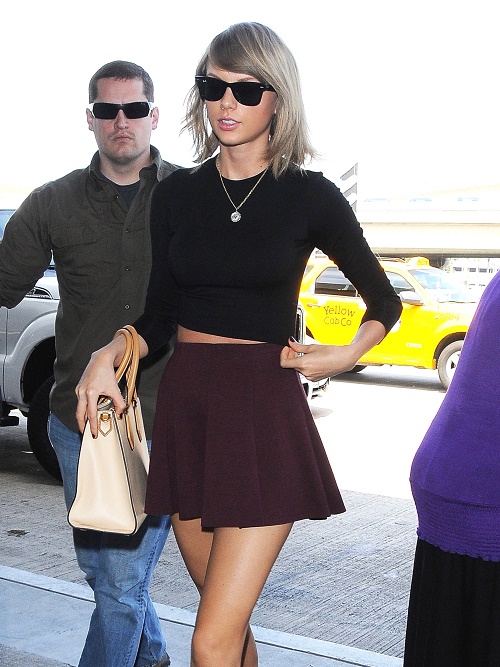 Taylor Swift has only been dating DJ Calvin Harris for a few months, but the “Bad Blood” singer is reportedly smitten with her new boyfriend and insiders say she is already making wedding plans and meeting with lawyers to discuss a prenuptial agreement. Is Taylor moving a little too fast though? Yes! But, in Swift’s defense, Calvin Harris does meet the criteria she has set for a future husband.

Taylor Swift has had her love life and relationships blasted in the media for years. Then again, when you write an album about every breakup you can’t really complain when you don’t have any privacy. Regardless, we have watched Taylor fall in and out of love and open up about her failed relationships enough times to know what the pop singer is looking for in “Mr. Right.”

In the June 29 edition of In Touch Magazine the tabloid did a breakdown of Taylor Swift’s “Mr. Right” check-list, and it looks like Calvin Harris meets all of her criteria. So a wedding between the two celebs might not end with a divorce as soon as we all predict. In Touch Magazine points out that Taylor’s future husband obviously must love cats, after all she is dubbed Hollywood’s craziest cast ladies. The tabloid teases, “Animal lover Calvin is willing to cuddle with Taylor’s kitties Meredith Grey and Olivia Benson – even though he is allergic.”

What other qualities does Calvin possess that Taylor is said to be looking for in a future husband? Obviously, the leggy blonde needs someone tall to keep her grounded, and Calvin Harris is a whopping 6”5! And, Taylor has dished in interviews that anyone she dates “must have a sense of humor.” Judging from the selfies she and Calvin just took on a huge inflatable swan – he makes the cut.

Do you think that Taylor Swift and Calvin Harris are in it for the long haul, or is a breakup right around the corner? How soon until the couple gets married? Do you think Taylor is really planning a wedding already? Let us know what you think in the comments below!