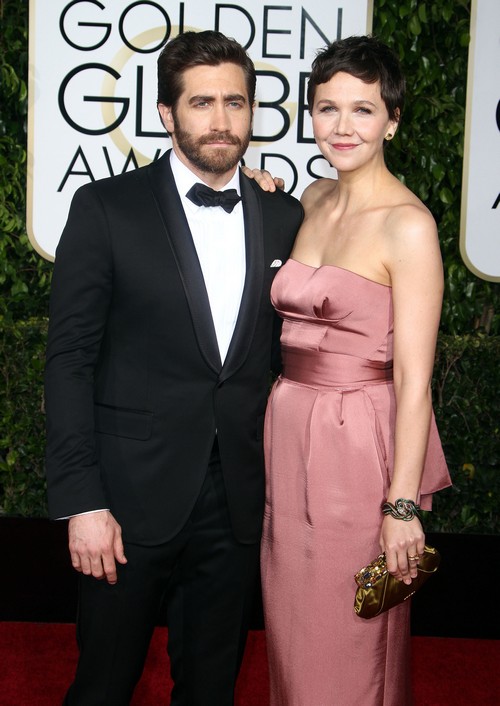 There’s some interesting Taylor Swift gossip to catch up on, and both versions of our following story come from Us Weekly. As Lainey Gossip noticed yesterday, a US Weekly report commented on how Taylor Swift freaked out at a Golden Globes afterparty at the Chateau Marmont on Sunday. Sources attributed Taylor wigging out – which included her pacing up and down a hall, continuing to say ‘I can’t do this, I can’t do this’, having streaked eye makeup from a crying jag, and needing to be comforted by BFF Cara Delevingne – as a reaction to her ex-boyfriend Jake Gyllenhaal being there.

Of course, Lainey also has a pretty solid alternative theory, which was that Taylor could have been having a bad trip. I mean, Taylor Swift is friends with Cara Delevingne, and Cara… let’s just say, Cara isn’t averse to altering her state of mind for fun.

However, the same report from Us Weekly has been edited this morning to reflect a rather significant change – not only did Taylor NOT avoid Jake in this version, but she actively went up to him and said hello. Um… what? Look, a report changing a few details here and there is fine, it’s even expected. There’s a lot witnesses at parties like this, and some people might get their details mixed up. But the original report clearly stated that Taylor was avoiding Jake and wanted to get out of the party, and now this new report is fronting like Taylor was the epitome of cool and just waltzed up to her ex-boyfriend to say hello. So which is it?

Obviously, Taylor Swift did not like how she was being portrayed in the original report, and thus used her significant power with Us Weekly to get the story changed. Unfortunately, that sort of thing happens very commonly in Hollywood, where outlets like Us Weekly are at the beck and call of A-list celebrities like Taylor Swift. In the end, the truth is probably a lot closer to the first story than the second story, but for right now, the second story is being served as fact.