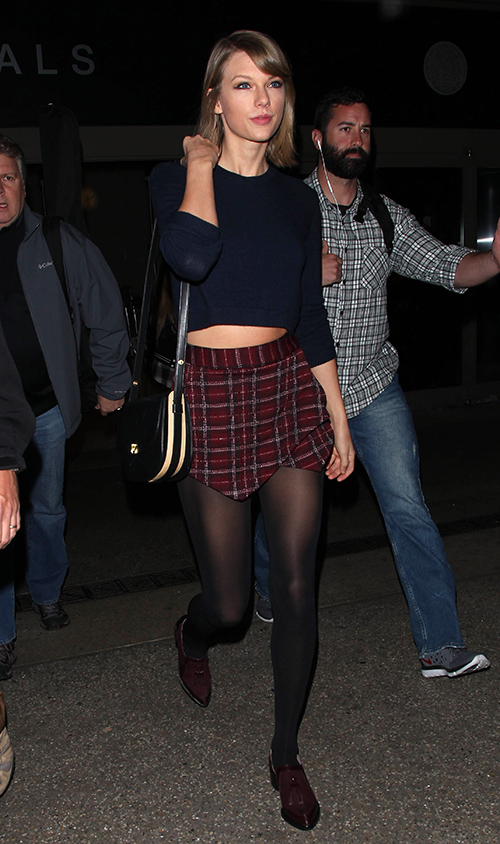 Taylor Swift is doing everything she can to avoid running into Harry Styles. TSwift is reportedly using a cell phone app called SUP to let her know when the One Directioner is in the area. The app is designed to let users know when their friends are nearby but Taylor is reportedly using her alerts to get out of the area before running into Styles.

Swift is doing everything she can to stay away from Harry Styles after the singer released a song written about her. Life & Style reported that Taylor Swift has learned to use the SUP app to alert her to Styles close proximity, then she immediately leaves so the singer can’t track her down.

The L&S source claimed Taylor is “using it to let her know when she’s close to Styles so she can run the other way.” Then they elaborated, “Although the app doesn’t show her Harry’s exact location, it does send Taylor an alert when he is nearby.” The app is setup to let Taylor know when Harry is within 2000 yards of her according to the report. Although it won’t tell his exact location, the pop singers run in such close circles, it’s best for Taylor to just get out of range of her former boyfriend.

After learning that Harry obviously still has feelings for Taylor, she decided to just avoid the One Direction singer at all costs. Swift’s boyfriend Calvin Harris can’t possibly appreciate the new hit “Perfect,” which Harry Styles has hinted might have a few lines about Taylor Swift in it.

Naturally, the lyrical nod to Taylor makes Calvin Harris uncomfortable, as no man wants another man singing about having a relationship with his girlfriend. That’s a good enough reason for Taylor to avoid an awkward run in with Styles, especially when TSwift has Calvin Harris in tow.

Harris also reportedly uses the SUP app to avoid Styles. We can’t imagine what a run in between Swift’s current boyfriend and her former boyfriend would be like.

Do you think Taylor Swift and Calvin Harris are really that worried about avoiding Harry Styles? Without some sort of tracking device, all three musicians could easily end up partying at the same place and that would make for a very interesting encounter.