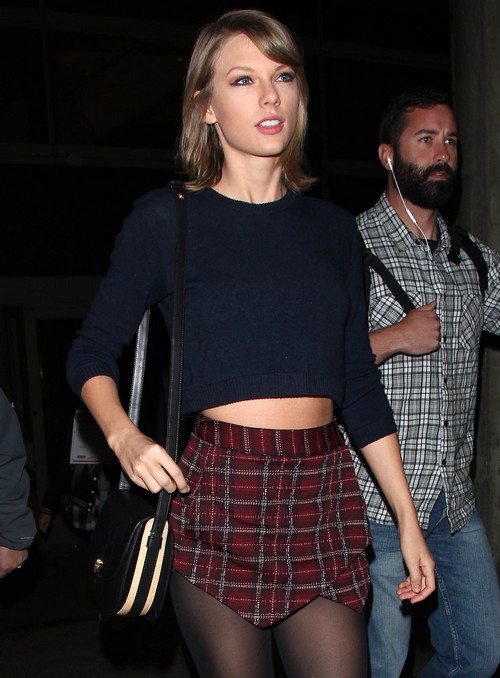 Does Taylor Swift have wedding plans? Will T-Swift get engaged to Calvin Harris for Christmas? Maybe Taylor is planning a spring wedding! There has been a lot of whispering going on about Swift and Harris. Some think there’s a possibility that the couple are already engaged and will share the news on Christmas Eve.

Life & Style reports that T-Swift and the Scottish-born DJ have confided in close friends and family that this relationship is for keeps. Allegedly America’s Sweetheart lovingly told Harris he is THE ONE.

The report goes on to reveal that there is no imminent engagement plans, but everyone knows T-Swift can be very impulsive. Many a time the “Red” singer hasn’t been able to control what she posts on social media. Who’s to say Swift won’t hesitate for one second to accept a marriage proposal from Calvin?

T-Swift has dated Calvin Harris longer than any other guy with whom she’s been linked. Joe Jonas lasted for three months in 2008. Ditto Taylor Lautner in 2009. John Mayer held Taylor Swift’s attention for three months – November 2009 until February 2010.

Poor Jake Gyllenhaal enjoyed Taylor’s company for two months in 2010. Conor Kennedy? Three months in 2012. And last, but not least, Harry Styles of One Direction was Taylor’s boyfriend for nearly a month – December 2012 until January 2013.

But Calvin has been squiring around Miss Swift since March 2015! That’s nine months – as long as Jonas, Lautner and Mayer combined! This relationship has got to be serious if it’s lasted this long. Family, friends and fans probably wouldn’t be surprised if T-Swift is sporting a giant diamond on her left-hand ring finger after the holidays.

Maybe not Christmas, perhaps Calvin Harris will pop the question on New Year’s Eve. Who’s to say that Taylor Swift won’t ask the record producer to get married? Again, T-Swift can be impulsive – and controlling. Maybe America’s Sweetheart already has the ring picked out.