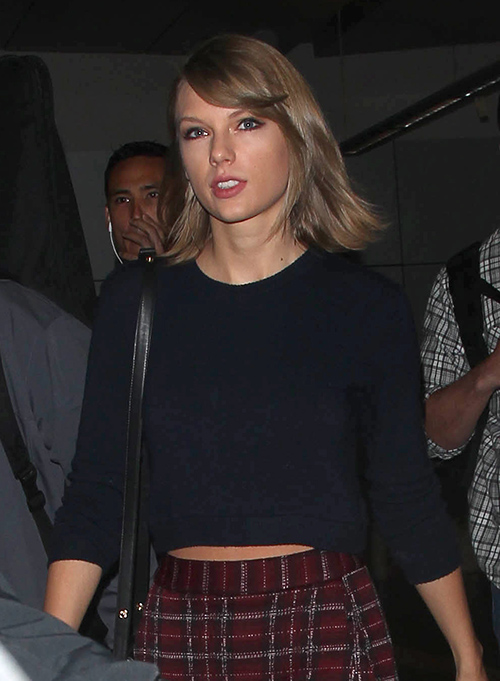 Is Taylor Swift out of control? The singer/songwriter is demanding a trademark for ‘1989’- the year of her birth, also the name of T-Swift’s latest CD and tour. What’s next? Will Swift demand the rights to the letters “T” and “S”?

Exactly which words, numbers and phrases is Taylor attempting to claim belongs solely to TAS Rights Management? Taylor thinks she should be the only one to use “Swiftmas,” “1989,” “Blank Space,” “And I’ll Write Your Name” and “A Girl Named Girl.” There are four trademark applications pending for each word or phrase.

As explained by Tantalizing Trademarks, each application relates to a good or service under T-Swift’s brand. For example, one request for a trademark on “Swiftmas” relates to music services and live concerts. Another filing for the same phrase, word, or number would be for various clothing and apparel. You get the picture – Taylor Swift doesn’t want anyone else cashing in on what, essentially, she thinks is T-Swift property.

Would feminist Camille Paglia find this to be yet another elitist move on Taylor’s part? Paglia took the mini-mogul to task in a recent essay published by Hollywood Reporter. Camille called Swift a “Nazi Barbie” and argued that Taylor needs to stop dragging her friends out on stage and making a production of which pretty girl tops Swifts friend list each week. OUCH!

Does this mean if you accidentally use a number word or phrase that Taylor owns you will be sued for trademark infringement? It’s unbelievable that Swift thinks she can gain exclusive rights to “1989.” The “Blank Space” singer – another phrase she wants to trademark – isn’t the only person born in the last year of the 1980s. What happens if one of the hundreds of thousands of those born the same year dares to utter or write down the number?

Has Taylor Swift gone to the extreme with this branding nonsense? Did the lawsuit filed by Lucky 13, an Orange County-based clothing company, for copyright infringement leave a bad taste in T-Swift’s mouth? Is Swift jumping the gun to ensure that there won’t be lawsuits over every word, phrase, and letter she holds dear?