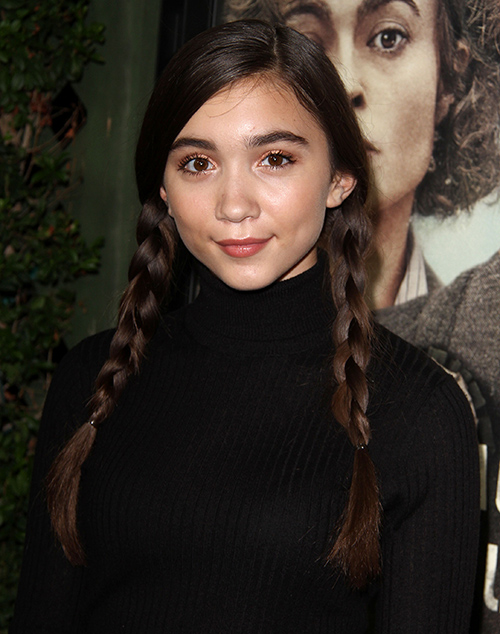 There’s one girl who wants nothing to do with Taylor Swift’s squad, and that would be Rowan Blanchard, who recently spoke out about the new trend in “grouping up” to promote feminism. The Girl Meets World star may be airing her dirty laundry when she admitted that squads like Taylor’s don’t actually do much for feminism when they fail to be inclusive.

Swift’s squad is a pretty elite group of women and the Blank Space singing leader of the pack has made it clear what kind of women she looks for to add to her posse. That doesn’t sit well with 14-year old Rowan, who explained in a recent Just Jared Jr. interview, “Sisterhood is something so valid and important when you are growing up that I literally think the essence of it should be taught in schools. But, the ‘squads’ we see in the media are very polarizing. Feminism and friendship are supposed to be inclusive, and most of these ‘squads’ are strictly exclusive.”

Apparently, Rowan Blanchard doesn’t like the way Taylor Swift picks the most perfect women to be her friends. It is true that Swift is often surrounded by other singers, actors and a slew of models. Pictures of T-Swift’s squad are rather flawless and the young star was quick to criticize the often-idolized Shake It Off Singer.

“It makes feminism look very one dimensional. Feminism is so multilayered and complex that it can be frustrating when the media and the celebrities involved in it make feminism and “squads” feel like this very happy, exclusive, perfect thing,” Rowan explained in a way that is far beyond her years. “There’s so much more than that. ‘Squad goals’ can polarize anyone who is not white, thin, tall and always happy. ”

Will Rowan Blanchard’s harsh criticism of Taylor and her bevy of beautiful friends secure her spot on the outside? That would be one way to prove the Girl Meets World star’s point. Taylor Swift’s squad is very exclusive. Swift herself has admitted that she hand selects the women she wants to be friends with based on their own talent and charisma. It really is a genius move for Swift to group up with some of young Hollywood’s most popular people but Swift can stop acting like this is her contribution to the advancement of feminism.