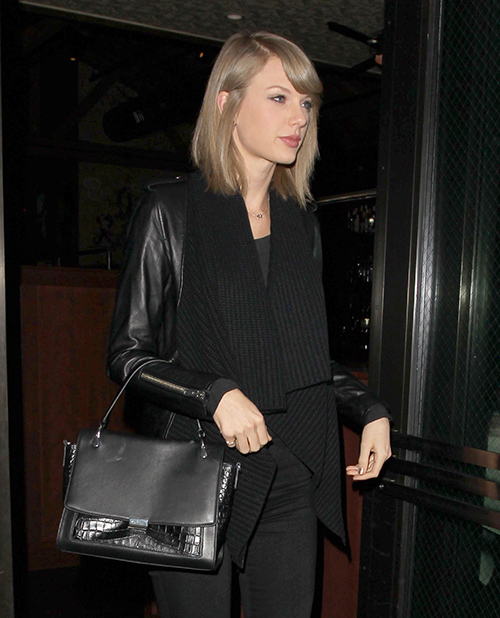 Taylor Swift is having to scale back some pretty exciting birthday plans and now she is planning a much mellower, low-key celebration for her 26th while touring Australia but it’s starting to look like Calvin Harris won’t be there.

Last week there were reports earlier this week that TSwift was planning to fly her boyfriend and her best friends to Australia to celebrate her December 13 birthday. The “Blank Space” singer will be turning 26 years old this year and even though she will be in Australia for her special day, Swift wants to spend the day celebrating with her closest friends.

Now that Taylor Swift seems to be having some relationship issues with her DJ boyfriend Calvin Harris, the big party plans may have to change. Apparently, Harris isn’t so thrilled about the fact that Swift still isn’t over some of her exes. Things have been strained since One Direction dropped their new album containing the single “Perfect.” Harry Styles obviously wrote the song about Taylor Swift and why not? Taylor writes songs about her exes, including possibly a few about Styles.

Of course, Calvin Harris won’t admit that he’s really having trouble with the publicity surrounding Taylor’s long list of famous exes. Instead, the famous DJ is claiming he can’t just break away from current engagements to be with Taylor down under. There are even rumors that Taylor is furious at Calvin Harris for not making her birthday a bigger priority. The “Shake It Off” singer is reportedly threatening to dump Harris if he no-shows on her birthday.

Last week, TSwift was planning a huge Australian birthday bash with celebrity guests that included Oprah Winfrey and Ed Sheeran. Swift was going to fly in her besties Selena Gomez and Karlie Kloss for the celebration along with Calvin Harris. Apparently, Swift just assumed her boyfriend would be down to party for her birthday but he claims he can’t cancel his current gigs. Swift won’t be number two to anything or anyway and if Calvin Harris is going to choose a meaningless DJ gig over her first birthday since they have been dating, it’s going to be a huge problem.

Some TSwift fans are hoping that Harris is telling a little white lie about the already planned shows and has plans to surprise Swift on her birthday. Secretly, Taylor is hoping that Calvin doesn’t really ditch her on her birthday but right now it’s looking like he may really be working instead of partying with Taylor Swift.