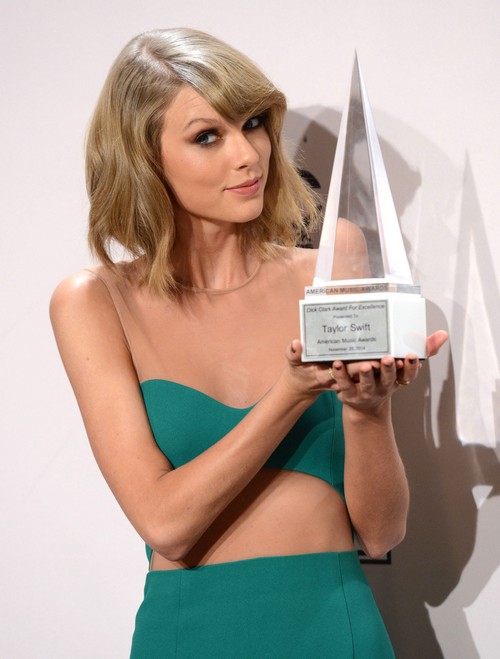 Is Taylor Swift dating Calvin Harris? It’s been more than a year since Taylor Swift was involved in a steady relationship with anyone, so of course people are starting to freak out and wonder if something is wrong. Taylor Swift not being in a relationship for more than a year? Has the world gone off its axis? Obviously, the media is already starting to link her to every single eligible bachelor she’s spotted with, and in some cases, not even eligible bachelors that she’s spotted with.

For example, Radar Online’s latest report [via Heat Magazine] claims that Taylor Swift is dating Calvin Harris. Apparently, their source claims that Taylor and Calvin were getting very cozy at a Brits afterparty, adding, “They went from holding hands, to dancing and finally segued into some very romantic touching. Harris left the party’s VIP area holding Swift’s hand just an hour into the festivities. The hit-maker led Swift and pals Karlie Kloss and Ellie Goulding to the dance floor where things began heating up. An hour later, they had retreated to the VIP area once more and didn’t reemerge for the remainder of the evening.”

Um, I guess the report forgot to mention the fact that Calvin Harris and Ellie Goulding are dating, and have been happily dating for a very long time. Sure, there’s a throw-away section about how Taylor Swift could ‘steal’ Calvin Harris if she wanted to, but if there’s one thing Taylor Swift stands by, it’s girl solidarity. She might obsess over guys and she might get into feuds with other singers, but I doubt she would voluntarily steal another girl’s boyfriend – especially a girl that she’s friends with!

Do you guys agree? Do you believe that Taylor Swift and Calvin Harris are ‘dating’ and/or hooking up? Or is this all conjecture based on some random flirting at a party? Let us know your thoughts in the comments below.