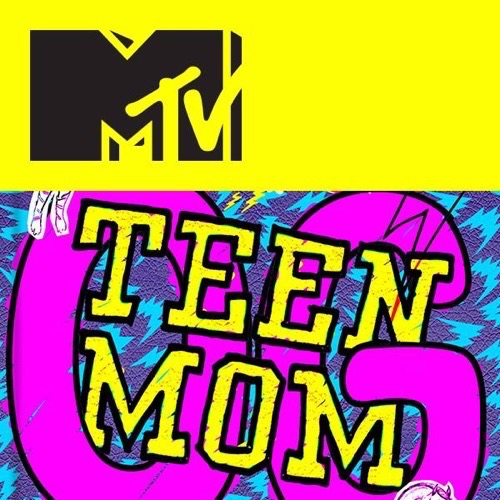 Tonight on MTV their series Teen Mom OG continues with an all new Monday May 11, season 5 episode 8 called “Mom vs. Mom” and we have your weekly recap below. On tonight’s episode, Amber, Farrah, Maci and Cate arrive in New York to do press for the show.

On the last episode, Maci returned to the series, but had conditions regarding Bentley; Catelynn and Tyler struggled with being first time parents; and Farrah introduced Simon to her mother. Did you watch the last episode? If you missed it, we have a full and detailed recap right here for you.

On tonight’s episode as per the MTV synopsis, “Amber, Farrah, Maci and Cate arrive in New York to do press for the show; and tension erupts between Farrah and the others when she learns that Maci had quit the series because of her.”

It sounds like Teen Mom is going to be an awesome new show. Don’t forget to check CDL for our live recap of Teen Mom OG tonight at 8PM ET!

The Original Teen Moms are heading to New York to do some press but before they can even get there everyone is worried about Farrah. For instance is Farrah being there as well going to cause a problem with the rest of the cast? Because last anyone heard – Maci chose to quit the show when she found out Farrah had been asked back.

So, prior to the trip, the producers had to double check with all the girls. And make them aware of what New York was going to be like.

Catelynn and Tyler feel like that for the most part they can pretty much ignore Farrah. In the beginning they tried to be friendly but she had put up this wall between them. Meaning they never really moved pass pleasantries. So now they just say “hi” and “how you’re doing” and then go about their own business.

This time, they’re taking their new baby with them to the press event. Hence little Nova is going to be the one that’s taking up all their attention. And if needed then Nova can also be barrier between them and anything else.

As for Maci, the one that has the most issue with Farrah; funnily enough the two simply stopped at “hi” and then focused on Catelynn’s baby.

So Nova ended up coming in handy for literally everyone at the first meeting. They were just so focused on her that they didn’t even argue or manage to roll their eyes with a little one around. Instead they were very adults about working together. And so day one passed by fairly easy.

However, the new trailer for the show had come out and the producers played up the strife between Maci and Farrah. So even Farrah wanted to ignore what Maci did – she now has to face people that have seen a trailer in which Maci demanded Farrah not be allowed back. And you know interviewers. Of course they were going to ask Farrah about it.

Farrah though tried not to say anything. Originally she was going to go with no comment. Yet the producers backstage told her that she had to answer. So eventually Farrah got upset.

She said she didn’t want to go negative and that other people’s feelings were their own. Then she made the interviewer move on from that topic whether he liked it or not. Thereby choosing not to milk the situation. At least not then.

But Maci, she couldn’t help bringing up Farrah’s sex tape while Farrah was doing the interview and she was waiting with the rest of the moms. So that does appear to be the heart of the issue. No one can move pass the sex tape and they feel like they were all dragged into messiness of it because the film had teen mom in the title.

So they all judge Farrah by that tape and after Farrah returned to her hotel room – the producers pushed her into making comments.

And by push, they were asking some very leading questions. Thus Farrah went on to say more than she should. She accused Maci of being fake and basically said that if bothered Maci that much then why stay on. Maci must be pretty broke if she was willing to put up with her.

Later, when the girls and their boyfriends/fiancés were all eating lunch together, Farrah chose to break the ice. So she came right out and asked Maci why she was here?

Maci didn’t want to be here and she kept claiming that she was thinking of Bentley when she said she didn’t want to be associated with Maci. So Farrah began shouting match with her for making it about the kids and the producers tried to intervene but nothing was resolved. They actually couldn’t stop what they started.

Farrah took to social media in order to be passive aggressive. Against everyone by the way and not just Maci. And it’s not like Farrah doesn’t care about their opinions. She does but then she treats them like that and no one wants to be around her.

Yet, everyone was called back to do the after show.

And that meant the girls had to face each other again. Although Catelynn and Amber were there as well and the ladies acted as a buffer. They did their best to keep Farrah and Maci from talking. And this time Maci didn’t let the producers of the show get their way.

There was no one on one sit-down in front of the cameras and Catelynn somehow found common ground.