Terrence Howard Divorce Update: Actor Claims He Has Evidence Ex-Wife Michelle Howard Blackmailed Him – He Caught Her On Tape! 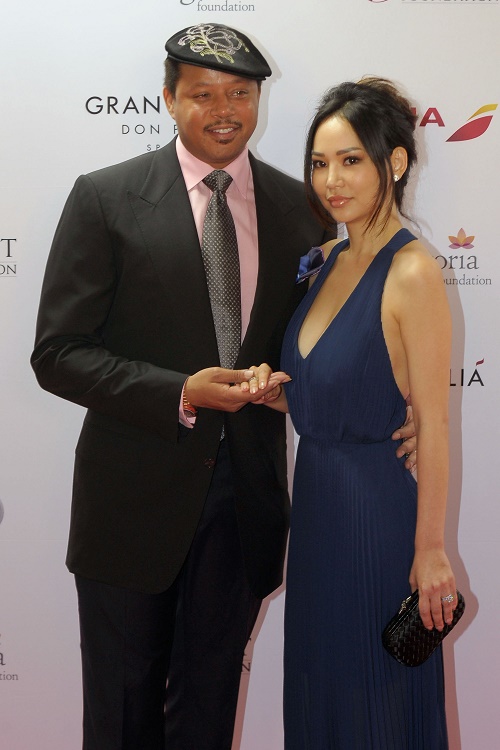 Terrence Howard claimed his ex-wife blackmailed him, but now Howard has come forward stating that he has hard evidence to prove his accusations. Howard has recently filed legal documentations to be used in his war with ex wife, Michelle Ghent, who has received 5 years worth of support for a marriage that lasted only one year. Terrence does not believe that this is fair and is hoping to battle this decision.

Terrence is claiming that the only reason he agreed to pay his ex-wife Michelle for 5 years is because she extorted him. He also says that he has some of it recorded, and will use it against her if need be. Howard says that one day, when he two were arguing about the amount of money Michelle would receive and for how long, Michelle threatened to release naked photos and videos of him, unless he agreed to the terms that she demanded.

Brian Kramer, Terrence Howard’s attorney, filed the documents with the court. Terrence says he secretly recorded Michelle saying, “I can make a good $2 million right now. You want to see your little **** out there in front of TV?” Terrence goes on to allege that he has a tape recording of Michelle saying she will tell “every woman in the world” that Howard gave her an STD, in an attempt to ruin his reputation.

Terrence is appealing the judges decision and using the audio recording as evidence to prove that he only agreed to her terms because she blackmailed him. He wants the judge to throw out the settlement agreement, which runs for another year, primarily because Michelle would be entitled to the money that Howard will make from the upcoming season of the hit series Empire, which will be a great deal of cash.

If Terrence Howard had this evidence in the beginning, why not file then? Why would he wait until there was only one year left, right before the second season of Empire begins? What do you think of this mess? Let us know in the comments below.