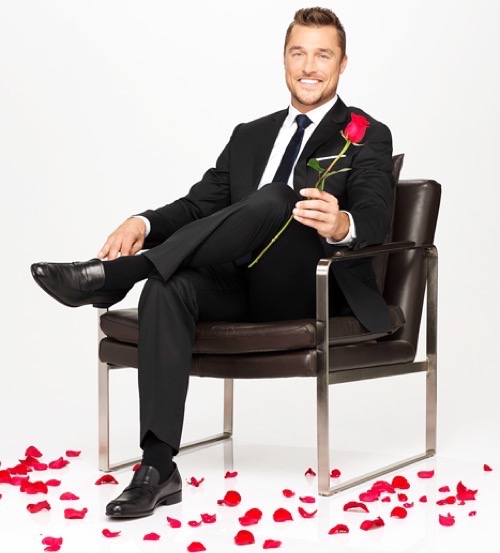 The Bachelor 2015 returns on ABC this evening with an all new Monday March 9, season 19 finale and we have your weekly recap below. On tonight’s episode, we have the two-hour finale and Chris Soules returns to Iowa an hands out the final rose to one lucky lady.  If you cannot wait until tonight’s episode and want to know who the winner is we already spoiled the episode, right here for you.

On the last episode, Chris Soules faced 17 of the bachelorettes that he rejected, including the latest one he sent home heartbroken. Also: bloopers from the season; and a preview of Chris’ emotional final days in his journey to find true love. Did you watch the last episode? If you missed it, we have a full and detailed recap right here for you.

On tonight’s show as per the ABC synopsis, “The compelling live three-hour television event begins as America will watch along with the studio audience as Chris Soules’ journey to find love comes to its astonishing conclusion. The Bachelor prepares to make one of the most difficult choices of this life, having narrowed down the field to two women – Becca and Whitney – both of whom he is falling in love with. Will Chris get down on one knee and propose to the woman of his dreams and make a life with her in Arlington, Iowa? Who – if anyone — does a confused Chris, after much soul-searching, see as his future wife? And will he leave single or with the love on his life?”

We will be live blogging tonight’s eleventh episode of the The Bachelor 2015 and you just know there is going to be tons of drama, cat fights and tears. So come back tonight at 8PM for our live recap of tonight’s ninth episode. While you wait for the recap, hit the comments and let us know how excited you are for this season of The Bachelor?

Tonight’s Season 19 finale of The Bachelor kicks off with Chris Harrison taking the stage in front of the viewing audience. The Bachelor host promises that tonight’s final rose ceremony will be an exciting one – and we won’t want to miss a single second.

Chris Soules heads to Arlington, Iowa where his entire family is waiting to greet him at his parents’ house. Chris sits down with his family and explains that he is down to the final two – but he is falling in love with both Becca Tilley and Whitney Bischoff. He jokes that he is “overwhelmed,” and begs his parents to just tell him which woman to propose to.

The next day Whitney Bischoff arrives in Arlington, Chris rushes out to greet her. Whitney knows that today has to go well – she has to impress his family, because without their consent, she knows that The Bachelor won’t propose to her. Whitney heads inside and Chris’s family greets her – she hugs them all as if she has known them forever. They sit down in the livingroom and Whitney gushes to Chris’s family about her job in Chicago and their hometown date.

Whitney and Chris sit down with his family for dinner – Whitney announces that she has had her eye on Chris since she seen him on Andi Dorfman’s season of The Bachelorette. She thanks them for welcoming her with open arms and gets choked up and confesses that she is in love with Chris. Chris’s sisters get teary-eyed and are moved by Whitney’s toast. After dinner Whitney sits down with Chris’s sisters – they want to make sure that she is willing to move to Arlington. Whitney reassures them that she can’t wait to be a wife and a mother, and she is excited to move to the farm with Chris. Whitney’s sisters are charmed by Whitney, they tell their brother Chris that Whitney is marriage material. Chris’s sister Lori reminds him that he is looking for a wife – not a girlfriend.

Meanwhile, Whitney chats with Chris’s mom – she explains that she doesn’t have any parents, her mom passed away ten years. And, she would love to marry Chris so that she could move to Arlington and share Chris’s parents with him. It’s obvious that Chris’s mom wants him to choose Whitney – but she tells Whitney that at the end of the day it is up to Chris to decide if he wants to propose to Becca or her.

After Whitney leaves, Chris heads to the garage to have some beers with his dad and friends. He explains that he is torn between Becca and Whitney. But, Whitney says that she is already in love with him, and Becca says that she isn’t in love with him yet but she thinks that she could love him. Chris’s friends think that the Whitney is “all in” and the only reason he likes Becca is because she is a challenge.

The next day Becca Tilley arrives in Arlington to meet Chris Soules’s family – they sit down and Becca tells them all about their hometown dates. She brags about how much her family loved Chris and jokes that her nephews stole him. They sit down for lunch and Chris’s sisters begin asking her about how she feels about moving to Iowa. Becca is nervous but she cracks a few jokes about how small the town is and makes his family laughs.

Becca chats with Chris’s sisters in private – she explains to them that she is falling in love with Chris, but she told him that as soon as the show is over she is not going to pick up her life and move to Iowa. Becca wants to wait and make sure that they are in love with each other before she agrees to move to Arlington. Chris’s sisters aren’t impressed – they are afraid that Chris is going to get his heart broken again because Becca doesn’t want to move to Iowa. Becca says that she and Chris are going to be in a long-distance relationship after the show is over, and they will see where it goes from there.

Becca sits down with Chris’s mom Linda and has an equally awkward conversation – Becca breaks down in tears and admits that she is scared Chris is going to send her home because she isn’t ready to get married like Whitney. Linda thinks that Becca is in love with Chris and if she doesn’t take a chance, she is going to lose him. It’s time for Becca to leave – and she is overwhelmed by all of hard-hitting talks that she had with his family. Chris’s family is worried about which girl he is going to choose. Chris’s dad Gary thinks that Chris is in love with Becca, but Whitney is the “safe choice.”

Chris heads to Hotel Julien, he only has two days left before the rose ceremony to decide whether he wants to propose to Becca or Whitney. He visits Becca in her hotel room – and it is the last time they will see each other before the last rose ceremony. They have a conversation about their relationship – Becca reassures him that she is falling in love with him, she just doesn’t know when she will be ready to leave her family and move to Arlington.

Becca tells him that she wants to get married and she wants to have kids – she just doesn’t know when. Chris asks her why she isn’t IN love with him yet, she cries that she doesn’t know and she wishes she could tell him what he wanted to hear. Becca insists that she “wants Chris,” but she has never been in love so she isn’t sure what it is supposed to feel like. Chris asks Becca why she is so scared to move to Arlington – she admits that doesn’t know what she is going to do there, besides just be his wife.

Now, it’s time for Chris Soules’s final date with Whitney Bischoff before the last rose ceremony. Whitney heads out to Chris’s farm and they head out in the corn field to harvest some corn. Chris’s dad is out in the field on a tractor – they head out to see him and Chris and Whitney climb up in the tractor and they get to work harvesting the field. Whitney seems really in to the process – and she knows that it is special to Chris, and she is grateful that he wanted to share his work with her. Afterwards, Chris takes Whitney for a drive and shows her all of his family’s land and farms in Iowa, he owns over 800 acres. Next they head to Chris’s house to Whitney can see where she will be living if Chris proposes to her. Later that night Chris heads to Whitney’s room at the Hotel Julien so that they can have a drink together and chat before the rose ceremony. Whitney gushes about how much she loves Arlington and how much fun she had at the farm with him and his dad today.

The next day Chris wakes up and begins preparing for the final rose ceremony – but he still has no idea which woman he plans to propose to. Neil Lane arrives with a briefcase full of engagement rings – Chris sits down with him to pick out a ring, even though he still has no idea whether the ring is for Becca Tilley or Whitney Bischoff. Chris is petrified that he is going to make a mistake and choose the wrong girl – he can see a future with both of them.

It’s finally time for the rose ceremony, and Chris is still unsure of what he is going to do. He heads to his family’s barn where they will be conducting the rose ceremony, and waits for Whitney and Becca to arrive. Becca arrives first and she heads inside where Chris is waiting for her – he tells her that from the moment he met her he knew that he could see her as his wife…but she isn’t ready for that. He has to go with his heart and his gut feeling – and deep down he knows that it isn’t fair for them to take the leap together, because they don’t know if they will even be together. Becca reassures him that it is okay – and he is going to make someone an incredible husband some day. They say their goodbyes and Becca leaves the barn.

Whitney arrives at the barn next, she confesses to Chris Soules that she is scared – but reassures him that she is in love with him. Chris takes her hands and explains that they “feel so right and feel so perfect,” and that is what he wants for the rest of his life. He finally tells Whitney that he loves her back. Chris gets down on one knee and says that he “wants the world to know that he loves her” and he asks Whitney to marry him. She sobs “absolutely,” and he puts the engagement ring on her finger. Whitney gushes that she is the “luckiest girl in the entire world.”