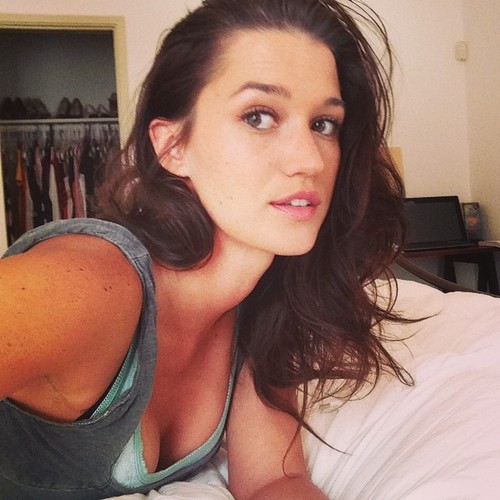 The Bachelor 2015 Chris Soules Spoilers have told us who is the putative winner of Season 19 as well as the final four but they also reveal that bachelorette Jade Roper has a checkered past! Now that The Bachelor is officially under way, and Chris Soules is weeding through thirty women to find himself a winner wife on the ABC reality TV dating show. And, just like every season before 2015 – one of the girls dating Chris Soules has a scandalous history. I mean, the Bachelor producers do this on purpose – right? In 2014 Elise Mosca shocked Bachelor Nation when her bizarre marshmallow-roasting soft porn hit the internet, while she was “dating” Juan Pablo. So, who is the “Elisa Mosca” of Chris Soules season? That would be none other than… Jade Roper.

28 year old Nebraska native Jade Roper introduced herself to Chris Soules as a “cosmetic developer,” but she neglected to inform him of the rest of her resume, which includes a stint as a jailbird, shop-lifter, and X-rated film star. According to the January 26th edition of Star Magazine, Jade has been arrested for numerous crimes including burglary, shop-lifting, and a slew of alcohol related crimes. And, the aspiring bride appeared in not one, but X-rated Playboy films titled “Convertible Cruising” and “Lounge Act.” The films aren’t technically porn, and in Jade’s defense she didn’t have sex on camera – she just danced around completely nude and writhed on a patio and in a car.

Ironically, Bachelor blogger and spoiler guru Reality Steve leaked Season 19 spoilers revealing that controversial Jade makes it all the way to the final four. Chris Soules seems like a pretty laid-back non-judgmental guy – but at the end of the day he is a wholesome farmer from Iowa. The odds of him being okay marrying a woman that the rest of the world has already seen naked in a trashy video are slim to none. We can’t predict the future – but it’s safe to assume Jade finally comes clean to Chris about her wild past during the final four’s hometown dates and The Bachelor cuts her loose. Or not! Perhaps Chris likes bad girls and since there have been doubts expressed about Reality Steve’s actual knowledge of The Bachelor 2015 results juts maybe Jade Roper is our winner!

What do you think of Jade Roper so far? Does Chris send her home because of her arrest record and X-rated movies? Are you surprised that she makes it all the way to the final four? Is Reality Steve wrong about Whitney Bischoff winning and could Jade Roper get the final rose? Let us know what you think in the comments below and don’t forget to check CDL tomorrow for more The Bachelor 2015 spoilers and news.