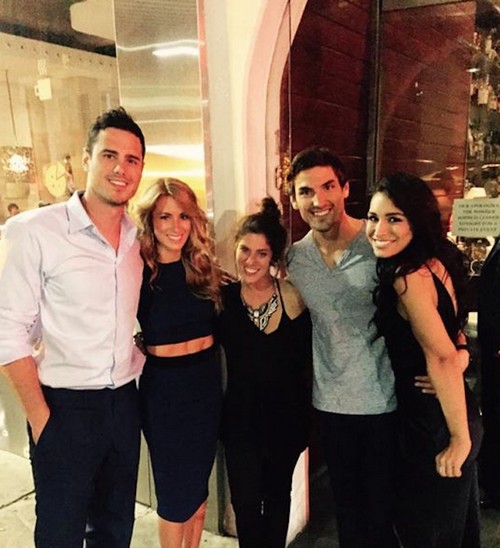 The Bachelor 2016 spoilers tease that Kaitlyn Bristowe’s ex Ben Higgins is all set to be ABC’s next Bachelor – there is only one problem, he already has a girlfriend! According to a recent report from US Weekly, Ben Higgins has been dating Bachelor In Paradise star Tenley Molzahn. Tenley is a Bachelor Nation alum, and has starred on The Bachelor, Bachelor Pad, and now currently Season 2 of Bachelor In Paradise. Apparently, Tenley and Ben met through the show – and hit it off instantly, but they are “taking a break” so he can be The Bachelor. Seriously?!

The entire premise of The Bachelor, is so that The Bachelor in question can find love – what is the point of him dating 20 women, if he already has a girlfriend back home. Recent seasons of The Bachelor and The Bachelorette have been total farces, and it looks like Ben Higgins’ season isn’t going to be any different. Nick Viall and Kaitlyn Bristowe created a world of controversy when he joined The Bachelorette late and it was revealed that he and Kaitlyn already knew each other. Could Chris Harrison and the producers be planning on staging something similar with Ben Higgins and Tenley Molzahn.

The Bachelor producers haven’t confirmed yet that Ben Higgins in the official 2016 Bachelor. So, this could also mean that the spoilers are wrong. Maybe if Ben Higgins is dating Tenley Molzahn, then that means he won’t actually be the next Bachelor. Perhaps the rumors are true and Ben Zorn or Nick Viall have been tapped for the role.

Are you as baffled as we are by this latest Bachelor couple? How is Ben Higgins supposed to be The Bachelor, if he isn’t even a bachelor and has been dating Tenley? Does this mean that he won’t be the next Bachelor? Let us know what you think in the comments below and don’t forget to check CDL for all of your The Bachelor 2016 news!