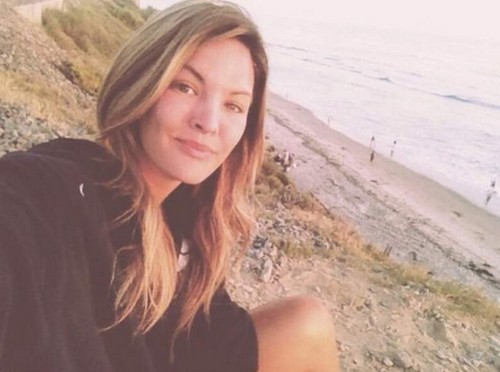 Word on the internet is that the Bachelor alum is already a front runner in the competition – and over the weekend photos surfaced of her leaving for a 1-on-1 date in a wedding dress! So will Becca Tilley win The Bachelor 2016?

Bachelor spoiler guru Reality Steve shared photos of Becca Tilley leaving Aria Resort and Casino decked out in a wedding gown – she left the lobby and climbed in to a pink Cadillac that was waiting for her. According to Reality Steve’s Bachelor spoilers, Ben Higgins and his ladies are only filming Episode 4 of The Bachelor – which means there are still a ton of girls remaining in the competition, but the fact that Becca Tilley got the “wedding date” has convinced fans of the show that she is in it for the long haul and producers support her bid.

If history repeats itself, and it has a funny way of doing just that, Becca Tilley could be the Season 20 Bachelor winner. It’s unclear what exactly Becca Tilley and Ben Higgins did on their date – but they are at a casino and not in Vegas, so it most likely was some sort of fake wedding. Maybe it inspired Ben Higgins to want to marry Becca Tilley in real life?

Are you as excited as we are for The Bachelor to return to ABC? Do you think that Becca Tilley could be the Season 20 winner? Let us know what you think in the comments below and don’t forget to check CDL for all of your Bachelor spoilers and news.