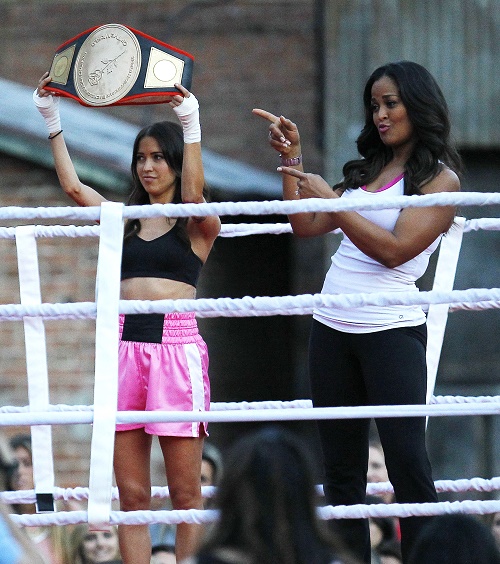 According to the March 30th edition of OK! Magazine after Chris Harrison revealed there would be two Bachelorettes, “Some viewers threatened to turn off their TVs and declared the format shakeup sexist and despicable for making the two women compete against each other. The onslaught of criticism couldn’t have been the reaction producers were expecting – or is it?” Even Bachelor alums Sean Lowe and J.P. Rosenbaum took to Twitter to slam the idea of having two Bachelorettes.

OK! Magazine’s inside source reveals that Chris Harrison and the producers knew fans would not be happy about choosing both Kaitlyn Bristowe and Britt Nilsson, and that is exactly why they did it. Forcing the Bachelorettes to compete against each other is just a desperate gimmick to save the franchise after its steady decrease in ratings. The source explained, “This is exactly what they were hoping for. After 10 seasons they needed shock value to shake it up. After a two-seasons ratings slump, this might be the ploy that returns The Bachelorette to its former glory when it premieres May 18th, thanks to hate-watchers and fans alike.”

What do you think of Britt Nillson and Kaitlyn Bristowe being pitted against each other and competing to be the 2015 Bachelorette? Did Chris Harrison and the producers add the sexist twist just to bring in more viewers? Let us know what you think in the comments below and don’t forget to check CDL tomorrow for more Bachelorette spoilers and news.