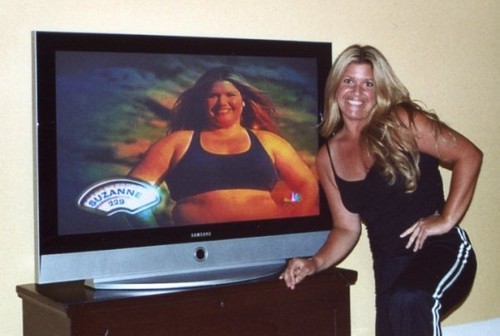 NBC’s reality TV show The Biggest Loser has come under fire several times over the course of its lengthy run, the crash-dieting and extreme weight loss inspires some viewers – however throws up red flags for others. Although NBC is armed with professional dieticians, trainers, and a medical staff to protect themselves from any major lawsuits, several contestants from previous seasons are coming out of the woodwork and ousting the TV show’s dangers weight loss practices – and going as far as to call it a total scam.

The February 16th edition of GLOBE Magazine reveals, “TV’s The Biggest Loser is being rocked by shocking charges that weigh-ins are fake, challenges are rigged, and contestants are injured and put through torture on the show.” Globe spoke to a slew of disgruntled contestants from previous seasons, and some of their accounts of what happened while they were on Biggest Loser were down right horrific.

The Biggest Loser Season 2’s Suzanne Mendonca dished to GLOBE, “I was eating baby food. I’d wrap myself in garbage bags to sweat. We would use the sauna for six hours a day. People were passing out in the doctor’s office.” Mendonca wasn’t the only one who felt that her health and physical well-being were put in danger, Season 11’s Rulon Gardner told GLOBE that not only did the producers and trainers force him to keep working out after he had a serious neck injury, but according to him the weigh-ins are FAKE!

Season 15 winner Rachel Frederickson stirred up so much controversy after she lost 60% of her body fat, that celebrity trainer Jillian Michaels actually quit the show and publicly stated that she thought Rachel lost too much weight. Apparently Jillian’s stance against the Biggest Loser’s unhealthy weight losses have inspired previous contestants to come forward and speak their minds. Are you a fan of the NBC reality TV show? Do you think that the contestants are being poorly treated, or is it their own fault for signing up and agreeing to participate? Let us know what you think in the comments below!