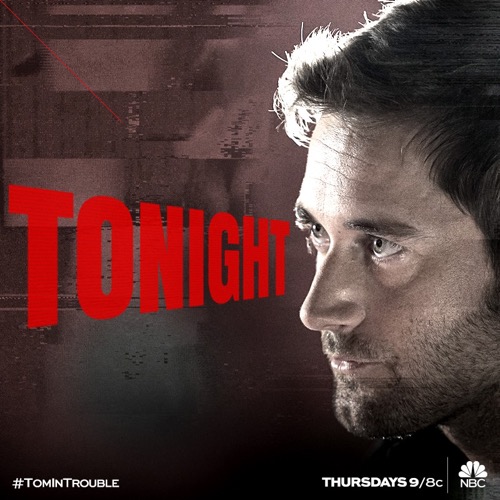 Tonight on NBC their criminal drama, The Blacklist starring James Spader continues with an all new Thursday November 5, season 3 episode 6 called, “Sir Crispin Crandall,” and we have your weekly recap below. On tonight’s episode, a trusted adviser of the Director goes missing.

On the last episode an enormous bounty was posted for Agent Keen drawing out any number of unknown assassins while the FBI and Reddington join forced to protect her. Did you watch the last episode? If you missed it, we have a full and detailed recap right here for you.

On tonight’s episode as per the NBC’s synopsis, “a trusted adviser of the Director goes missing. Red and Liz try to track the adviser down, only to steer toward a violent confrontation. In other events, Tom enters a savage “fight club” to locate a man who might be able to exonerate Liz.”

Tonight’s episode of The Blacklist kicks off with Dr. Kucera, who appears to be paralyzed or have some sort of illness, he is being taunted by another man while he sits in a wheelchair. The mad man is ranting about “freeing themselves” and being inside new bodies.

Meanwhile – Liz, Dembe, and Red are on a plane and she is tending to Dembe’s wounds. Red reveals that Andras Halmi, one of the world’s “greatest minds” has been abducted – apparently he was also the Director’s most trusted ali. Red says that someone has been kidnapping geniuses all over the world, they think that he is taking them all to start a new civilization somewhere. They are calling it the “Brain Drain.” Red calls Ressler and tells him about the kidnapping, Red says that if they find the “Brain Drain” then he will be one step closer to taking down the Director and Cabal.

Cooper meets with Tom Keen at the diner, Cooper is not happy that he killed the Russian. Tom explains that he didn’t have a choice – he was Karakut’s nephew and he is getting closer. Cooper says that they are going to be coming for him, Tom doesn’t care, he vows to bring back Karakut.

Ressler and his team are working on the “Brain Drain,” the Director is hovering over them and demanding to know all of the information that they got from Red. Aram thinks that he has found the next “Brain Drain” victim she is a woman that lives in Arlington, they rush to her house. Meanwhile, there are already people outside her house preparing to take her. The kidnapper tells his partner to “bag her, tag her, and take her to the cloud.” At the cloud, Dr. Kucera is being forced to watch another victim undergoing a brain transplant while the mad man rants about the utopia that he is creating.

At the FBI office, the Director tells one of his CIA agents to access all of Ressler’s files after he leaves – he knows that there is something that Ressler isn’t telling him. Ressler and Samar are en route to the next victim’s house. Dr. Nehauf gets a voicemail from Samar telling her to lock all of her doors and warning her that she is in danger. The kidnappers find Dr. Nehauf hiding under a table and they drag her out of the house. Ressler and Samar and the local police chase them in a blue van. A shootout ensues in the middle of the street.

The FBI manage to get Dr. Nehauf back, but one of the kidnappers escapes, Ressler chases after him through people’s backyards. He catches him in a woman’s garage trying to steal her car, he arrests him and brings him in.

Red, Liz, and Dembe are at a construction site with Marvin. He rants at the construction crew that the safety of the nation relies on how fast they finish the project. Red is trying to bribe them to speed up the process, but the electrician won’t be bribed.

Tom arrives at Gwen and asher’s house – they shout that they don’t want anything to do with them. He barges in and tells them that the Russians are coming for them over the the man that was murdered and they have to leave ASAP. While they are arguing with Tom, men show up with guns. Gwen runs and hides in a closet, and crouches in a corner and listens to the gunshots and men shouting outside.

Peter meets up with Matias – he confirms that Andras Halmi is a critical advisor for the Cabal and he needs to be found ASAP. Matias isn’t buying it, he knows that the Director is leaving out crucial information. Peter tells him it doesn’t matter, it’s his job to find Halmi – and if he doesn’t Peter will tell their superiors that he is disobeying.

Ressler questions the man that he brought in for kidnapping, and they get an address to the cloud and learn that the mad man in charge is Crispin Crandall. Ressler, Samar, and their team rush to the cloud – they are shocked when they get inside and find dozens of chambers with frozen people inside of them that are still breathing and in some sort of comatose state. They learn that Crispin Crandall is on a plane that never lands – it refuels in the air, and it is huge – they think that Halmi is on board the plane with Crispin Crandall.

Red calls Ressler and he updates him on Crispin Crandall. Liz is shocked, she thought that Crispin was dead. Red confirms that Crispin is in charge of the “Brain Drain.” Ressler grounds Crispin’s plane, he has no choice but to land now because they shut down his refeuler. Ressler thinks that the plane is landing in Pittsburgh. But, the Director tweaked the GPS and he got the wrong address. He calls Matias and tells him where the plane is really landing, he knows that Red and Liz will be there – he orders Matias to capture them, and make sure that he gets Halmi’s body.

Tom Keen wakes up, he has a dog collar around his neck and he is chained to Asher, who also has a dog collar around his neck. There are a bunch of men around them chanting – they are supposed to fight each other until one of them is dead. Tom argues that he doesn’t want to fight – he just wants Karakut. Asher insists that they fight, and Tom kills him.

Red arrives at Crispin’s plane – he offers him some fuel so he can get back up in the air and avoid the FBI, all he wants in exchange for the fuel is Andrus Halmi. Crispin isn’t willing to give up his prisoner. Red sits down to chat with him, he warns him that he can’t avoid death by turning everyone in to “human popsicles.” Red shoots Crispin in the chest, and he and Liz head in to the freezer to look for Halmi. Meanwhile, Matias arrives at the plane with his men. Matias and Red wind up in a shootout in the middle of the freezer full of geniuses. Red makes a run for it – Matias calls the director and tells him that they have Halmi, but Red caught off his thumbs and took them with him. Apparently, this is a huge problem for the Director.

Ressler and Saram arrive late to the party – they find the frozen bodies and dead bodies. Red, Liz, and Matias have all come and gone. The Director races out of the FBI and calls the office where Halmis safety deposit box is held – he warns them not to let anyone gain access. He is too late though. Red and Elizabeth rush back to the construction site – they drill a hole in the wall and Red sneaks in to the back end of the bank and gains access to Halmi’s safety deposit box. He uses the frozen thumbs to open the box – and he takes something out of it and puts the box back in the wall. The Director arrives a few minutes later and when he opens Halim’s box all he finds inside of it are the two frozen thumbs.

Later, Red calls the Director and threatens him – he tells Peter it is time to exhonerate Elizabeth, he has proof that he has been skimming off from the top of the Cabal’s funds, and now Red has the money. So, Peter is virtually broke and he won’t be able to leave town before everything hits the fan. Red offers to give him his escape money back if he exhonerates Elizabeth, Peter turns him down. Tonight’s episode ends with Tom Keen finally tracking down Karakut, he kills the two men with him and then announces he is taking Karakut back to DC and knocks him out.