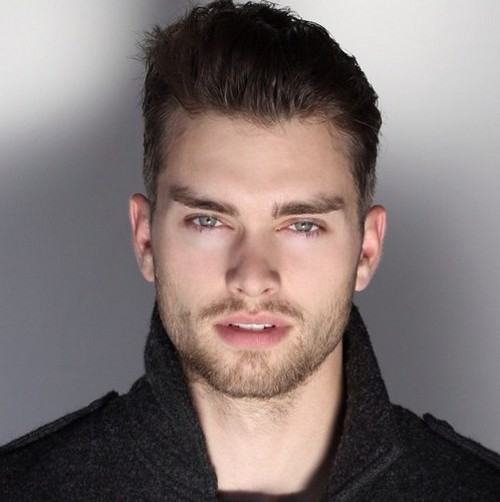 “The Bold and the Beautiful” spoilers reveal that we’ll soon be seeing a bi-sexual character who could find love with both the girls and the guys on B&B. According to Daytime Confidential, a casting call recently went out for a bisexual character named “Christian.” The CBS soap is searching for a white male somewhere in the 25-28 age range. Naturally, they’re looking for a handsome actor to play this role. Christian will work in fashion and have a great sense of style. This sophisticated character will have a professional attitude, but he may have a bit of a comic side as well.

Of course, the real buzz behind Christian is that he can serve as a viable love interest for both the men and the women on the show. “The Bold and the Beautiful” has been the most-talked about soap recently with its daring decision to tweak Maya’s (Karla Mosley) history and introduce a transgender character. Now Bradley Bell, the head writer and executive producer of B&B, is hoping to make a splash with the addition of a bisexual. We may see another bisexual or even a gay character come on the scene eventually. If not, one of the current male characters may become a bisexual. Since Carter (Lawrence Saint-Victor) hasn’t found his match, perhaps he could be an option. Thomas (Pierson Fode) may be a possibility, too.

We can’t count out the ladies either. Relationships don’t typically last for very long on “The Bold and the Beautiful.” Steffy (Jacqueline MacInnes Wood), Ivy (Ashleigh Brewer) or Caroline (Linsey Godfrey) could easily be free by the time Christian comes around. We also have to remember that soaps sometimes use fake names for their casting calls. “Christian” may be code for a Forrester that’s been out of the picture for a while or simply one that’s being invented for storyline purposes. You just never know. Whatever the case, it should be interesting to see how B&B handles the introduction of this character. The rumors hint that we’re in for some trail-blazing drama. Stick with the CDL for updates on how the CBS soap plans to shake things up.

So B&B fans, what do you think about the news that a bisexual character is being cast? Do you feel it’ll add an intriguing element to the show? Let us know what you think in the comments below and don’t forget to check CDL often for the latest “Bold and the Beautiful” spoilers, rumors, updates and news.