BY Heather Hughes on May 19, 2015 | Comments: 2 comments
Related : Soap Opera, Spoiler, Television, The Bold and the Beautiful 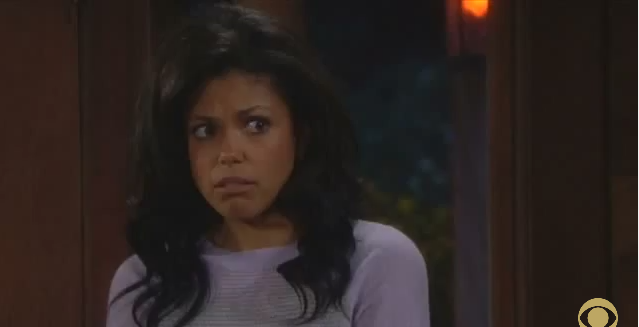 “The Bold and the Beautiful” spoilers for Tuesday, May 19, tease that Rick (Jacob Young) will demand that Spencer Publications take down the story about Maya’s (Karla Mosley) past. Rick just came to grips with the news that Maya was born a boy and now he’ll have to deal with the fact that the rest of the world is on the secret. Bill (Don Diamont) is milking this situation for all it’s worth. The story that was posted wasn’t exactly tasteful and it could completely ruin Maya’s career. Of course, the article doesn’t paint Rick in a good light either. Bill made sure everyone knew that Rick had no idea Maya was transgender. It’s clear that Bill was only focused on making a profit and destroying Rick in the process.

When Katie (Heather Tom) finds out that Bill has publicly humiliated Rick and Maya, she’ll be furious. “The Bold and the Beautiful” spoilers reveal that Katie will rip into Bill for refusing to do the right thing. Bill promised to back down, but his promise obviously didn’t mean much. Katie will be livid that Bill would choose to exploit Maya’s secret for his own personal gain. Bill will undoubtedly say that he had to do it to benefit Spencer Publications as well as preserve his investment in Forrester Creations. However, the rumors say Bill could come to regret his decision when it puts his marriage on the rocks. Will Bill lose Katie because of his ruthless actions? Stick with B&B to see if Katie and Bill can resolve their differences.

Meanwhile, Nicole (Reign Edwards) will have to deal with the consequences of her own actions. “The Bold and the Beautiful” spoilers indicate that Nicole will realize her loose lips are the reason Spencer Publications was able to get this story. Of course, some of the blame lies with Wyatt (Darin Brooks), but Nicole is ultimately responsible for betraying Maya’s trust. After all, none of this would’ve happened if Nicole hadn’t come to Los Angeles to stir up trouble. Nicole will start to fear that she’ll lose her sister all over again. Stay tuned to the CBS soap to see how Maya will react when she learns that Nicole gave Wyatt updates on her past.

So B&B fans, what do you think about Rick standing up for Maya? Will Rick continue to defend Maya as the media circus grows bigger? What about Bill and Katie’s marriage? Are they headed for trouble? Will Maya forgive Nicole for divulging her secret to Wyatt? Let us know what you think in the comments below and don’t forget to check CDL tomorrow for the latest “Bold and the Beautiful” spoilers, rumors, updates and news.

Watch The Bold and the Beautiful video preview for Tuesday May 19, 2015