‘The Bold and the Beautiful’ Spoilers: Rick Divorces Caroline and Marries Maya Avant? 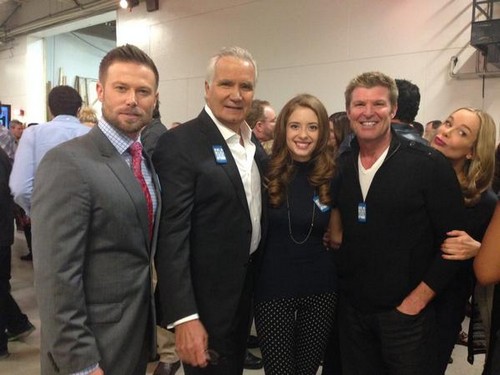 “Bold and the Beautiful” spoilers have been teasing for weeks that Rick Forrester was using his wife Caroline to help him take over Forrester Creations. Unbeknownst to Caroline, her hubby had no intention of repairing their marriage after she kissed his brother Ridge. Recently, Eric Forrester finally caved and signed over the family company to Rick – and Rick promptly kicked Caroline (Linsey Gofrey) to the curb and announced that he was with Maya now. Caroline, and legions of B&B fans that supported her and Rick’s marriage, have been clinging to the hope that Rick would eventually take Caroline back. But, according to all new “Bold and the Beautiful” spoilers for the month of January – that is not going to happen.

“Bold and the Beautiful” spoilers for the month of January reveal that despite Caroline’s desperate attempts to win back her hubby Rick (Jacob Young) – he is not going to forgive her for “cheating” on him with Ridge. As a matter of fact, according to spoilers for the CBS soap – by the end of January Rick will officially file for divorce and legally end his and Caroline’s marriage. B&B rumors have been flying around for weeks that Caroline will end up with Ridge after all – and it looks like that is a very real chance considering Rick is divorcing her. But, the obvious question on everyone’s mind is, if Rick is divorcing Caroline does that mean he is going to marry Maya (Karla Mosley)?

The love triangle between Caroline, Rick, and Maya has gotten B&B fans very fired up on social media over the course of the last few weeks. Rick is turning in to public enemy number 1 for soap fans, and popular opinion is that he has gone way too far and punished Caroline far more than she deserved.

What do you think? Is Rick wrong to divorce Caroline for kissing Ridge (Thorsten Kaye)? Should Caroline move on or continue to try and save her marriage to Rick? Will Rick marry Maya? Let us know what you think in the comments below and don’t forget to check CDL tomorrow for more “Bold and the Beautiful” spoilers and news.