‘The Bold and the Beautiful’ Spoilers: Ivy Questions Liam About Steffy – Ridge Threatens Rick, Will He Shoot Brother 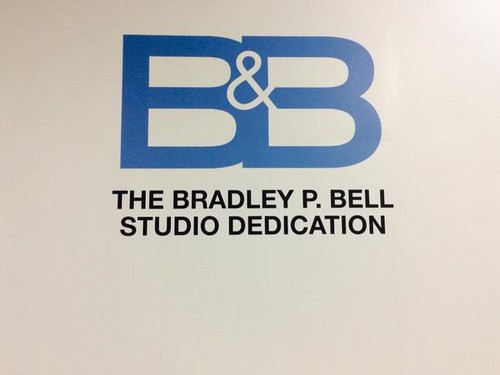 “Bold and the Beautiful” spoilers for Friday, January 16 reveal that B&B fans can expect another dramatic episode of the CBS soap. B&B rumors have been floating around for a few weeks now that Rick Forrester is becoming certifiably crazy, and when it was revealed that he has been sleeping with a gun next to his bed – fans began buzzing that Ridge was in danger. Sadly Ridge (Thorsten Kaye) has no idea just how crazy Rick has become, and in the “Bold and the Beautiful” spoiler video for Friday January 16 he continues to taunt his little brother. At Forrester Creations Ridge smugly informs Rick, “IT will be a cold day in hell before I take orders from you.”

Meanwhile, Maya is convinced that she and Rick’s relationship is the real deal, and she refuses to acknowledge the fact that her new man has been acting completely out of character lately. In the “Bold and the Beautiful” spoiler video for January 16, Maya (Karla Mosely) argues with someone (most likely Carter…again) that she and Rick are in love. The “Bold and the Beautiful” sneak peek shows Maya saying, “Rick loves me! We are in love! He moved mountains so that we could be together. How much more proof do you need?”

“Bold and the Beautiful” spoilers revealed at the beginning of the week that Ivy was going to learn about Liam’s ex Steffy Forrester this week, and it creates some doubts in the back of her mind about her new relationship. Judging from the B&B sneak peek video of the January 16 episode, Ivy and Liam are finally having “the talk” about his old love Steffy. Ivy (Ashleigh Brewer) demands to know, “Can you honestly look me in the eye and tell me that you don’t love her anymore?”

So, B&B fans, what do you think of Rick (Jacob Young) sleeping with a gun? Is there a chance he could use it on Ridge if he keeps pushing him? We all know Jacqueline Macinnes Wood is returning as Steffy Forrester this month on the CBS soap, do you think that when she arrives Ivy and Liam will break up? Let us know what you think in the comments below and don’t forget to check CDL tomorrow for more “bold and the Beautiful” spoilers and news.