The Bold and the Beautiful Spoilers: Thorne Forrester Returns, Uses Family Secret To Shake Up FC – Aly Gets Promotion? 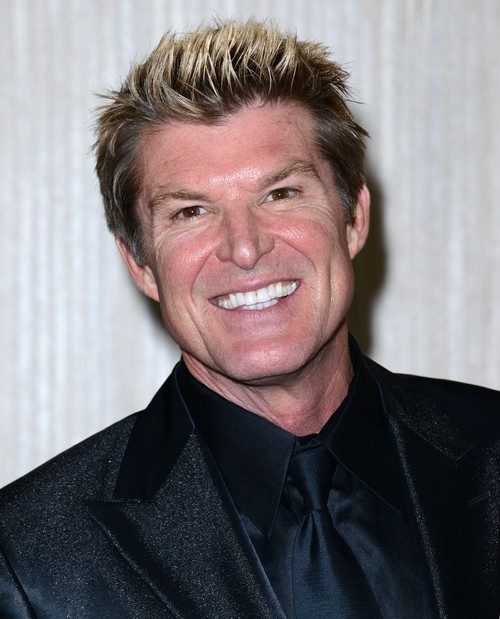 The Bold and the Beautiful spoilers tell us Thorne Forrester (Winsor Harmon) has always been a behind the scenes man, preferring to let his B&B brothers Ridge (Thorsten Kaye), Rick (Jacob Young) and father Eric (John McCook) run the FC company from the executive floor. Thorne has not really been in the limelight much although he suffered his share of personal drama from the supposed death of his first wife Macy Forrester (Bobbie Eakes) in 2001 to the most recent tragic loss of his daughter Aly’s (Ashlyn Pearce) mother Darla (Shae Harrison). It is safe to say that Thorne has not been focused on Forrester Creations as a top priority.

However all of that is about to change according to Bold and the Beautiful spoilers in SOD. Thorne will soon be making his return and rumors say he will come home to shake things up with the family company. Thorne has been away in Paris for quite some time working at Forrester International, but rumors say that he will receive information about the way things have been going at Forrester Creations and in his family home that will have him rushing home.

The normally quiet Thorne will come in like a raging bull to clean up the mess that threatens his family legacy and help his unstable daughter Aly find her footing in the industry. Of course Throne will also seek revenge on Rick and his girlfriend Maya Avant (Karla Mosely) who treated Aly horribly during their tenure at Forrester.

Rick and Maya will not be the only two who will feel the wrath of Thorne. Ridge will also be heavily impacted by the change in Thorne’s personality. Thorne has always been content to take a backseat to his older Forrester brother but this may no longer be the case. Longtime fans know that there are some serious secrets lurking in the Forrester family closet and Thorne may be about to use them as leverage to take what he considers his rightful place atop the throne.

Aly has been a little lost without her dad and return could provide a major boon to her place in the company. If Thorne does decide to make a power play then his daughter could go from being an underling that everyone walks on and abuses to someone that people will have to listen to and respect.

So fans what do you think? Will Thorne’s return shake things up drastically at FC? What will he do? Will the long held family secret be the key to getting Thorne what he has wanted all along? Keep watching The Bold and the Beautiful and come back to CDL for more Bold and The Beautiful spoilers, rumors and news. Please leave your comments in the section below.