‘The Bold and the Beautiful’ Spoilers: Nicole Love Triangle With Aly and Oliver Brewing – Hook Up With Carter? 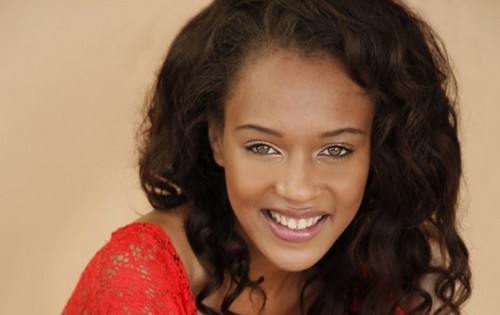 “The Bold and the Beautiful” spoilers tease that Liam’s (Scott Clifton) love triangle with Steffy (Jacqueline MacInnes Wood) and Ivy (Ashleigh Brewer) will continue to heat up. However, we can’t forget about the characters that have recently gone on the backburner. Nicole (Reign Edwards) played an integral part of Maya (Karla Mosley) and Rick’s (Jacob Young) storyline over the last couple of months. Now that Maya’s secret has been revealed and Rick is out as CEO of Forrester Creations, what’s left for Nicole to do? It doesn’t seem likely that Nicole will rekindle her romance with Wyatt (Darin Brooks). Nicole was furious that Wyatt betrayed her trust and she’ll probably want to move on with someone new. Besides, Wyatt’s pretty busy trying to woo Steffy at the moment.

Some “Bold and the Beautiful” rumors have been hinting that Nicole and Carter (Lawrence Saint-Victor) could hook up at some point. After all, they’ve become fairly close throughout this whole ordeal with Maya. Carter and Nicole bickered at times, but they somehow managed to develop a bond. Perhaps now that everyone knows Maya is transgender, the tension will lift and the bond will remain. Nicole and Carter have had some nice scenes together and maybe more could be on the way.

Of course, there are other options for Nicole. We all know how much “The Bold and the Beautiful” writers enjoy love triangles. Oliver (Zack Conroy) hasn’t been around much lately, but he’s definitely on Nicole’s radar. Aly (Ashlyn Pearce) and Oliver are supposedly a solid couple, but B&B viewers never get to see much of their happiness. Oliver looked like he was having fun with Nicole at her photo shoots and he might decide he’d like to take things a little further. It would be somewhat out of character, but that doesn’t really matter on a soap these days. As we’ve seen with Rick’s sudden personality shift, the writers tend to tweak characters to fit the storyline.

Word has it that Aly’s unstable behavior will soon start to resurface. We’re already seeing signs of it through Aly’s obsessive rants to Steffy. If Oliver and Nicole had a fling, it could send Aly over the edge. Who knows how far Aly might go? Aly once came close to swinging an ax at Taylor (Hunter Tylo). Aly could easily come up with an equally sinister plan for man-stealing Nicole.

We do have to acknowledge that Nicole is a bit of a gold-digger. Nicole desperately wants to get her own Rick. Oliver’s salary as a photographer is a big step down from a filthy-rich Spencer or Forrester. Still, it’s possible that Nicole has learned from her experience with Wyatt and will choose love over money next time. Will Nicole make some updates to her love life? Stay tuned to the CBS soap to see if another romance is in her future.

So B&B fans, what do you think about the idea of Nicole hooking up with Carter or Oliver? Would you be on board with either of those pairings? Would getting together with Oliver mean bad news for Nicole? Could Aly really go nuts? Let us know what you think in the comments below and don’t forget to check CDL tomorrow for the latest “Bold and the Beautiful” spoilers, rumors, updates and news.