The Bold and the Beautiful Spoilers: After Hope Divorce Brooke Makes Wyatt Her New Boy Toy! 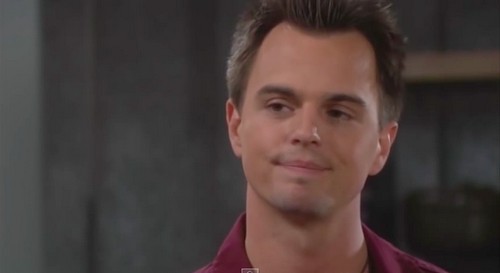 The Bold and the Beautiful latest spoilers are giving us some clues to who will become Brooke Logan’s [Katherine Kelly Lang] next romantic boy toy. For as long as Brooke has always been on the Bold and the Beautiful she has always been on the hunt for a man. Brooke has publicly announced on more than one occasions, she always needs a man in her life and her bed to make her feel whole and alive. The last few months on B&B has probably been the only time she has been totally man-less.

Brooke’s ex husband and lover Ridge Forrester [Thorsten Kaye] has moved on to his newest conquest, a much younger Caroline Spencer [Linsey Godfrey].  Her ex fiancée Bill Spencer [Don Diamont] has moved back with his ex wife, Katie Logan [Heather Tom]. The father of her love child, Deacon Sharpe [Sean Kanan] has just announced his engagement and pending marriage on B&B to Brooke’s arc rival Quinn Fuller [Rena Sofer].  There leaves poor Brooke with no man to call her own.   The new Bold and The Beautiful rumors are taking bets on lonely and almost single Wyatt Spencer [Darin Brooks] becoming Brooke’s new man obsession.

Wyatt is currently married to Brooke’s daughter Hope [played by Kim Matula]. But Wyatt has just made the announcement to his soon to be ex mother-in-law, that he is filing for a divorce. When has Brooke’s daughter’s boyfriends or husband’s ever been off limits to her?? Remember when Brooke’s daughter Bridget [last played by Ashley Jones] was seeing Deacon Sharpe and Mommy moved right in and even became pregnant.

Or when Brooke slept with Oliver Jones [Zach Conroy] who was dating Hope at the time mistaking him for Ridge. Maybe the third man and time will be the charm for Brooke. The BB teasers are working overtime trying to get the scoop on this ‘new’ romance before it airs.  Apparently, Wyatt tries to help Brooke with her binge drinking and takes her flirty advances to heart.  What’s a few kisses between in-laws, right??  We are also hearing rumors of Wyatt’s mother Quinn’s reaction to this latest fling.  Apparently, hitting on Deacon only got Brooke a forceful slap in the face from Quinn.  But fooling around with Mama Bear’s cub, well that’s another ball of wax!  If Brooke knows what is good for her, she better stop her advances on Wyatt A.S.A.P!! Come back to CDL for more of The Bold and the Beautiful spoilers, rumors and news!