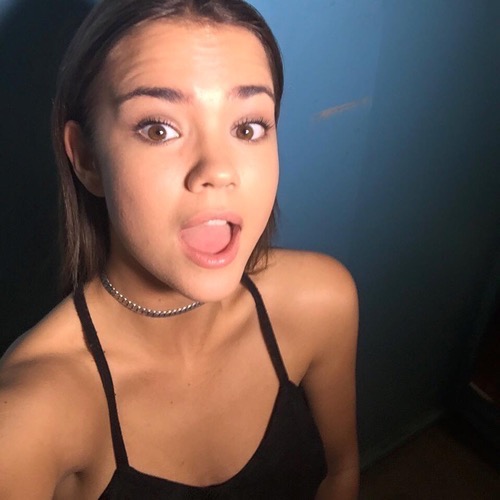 Tonight on ABC Family their hit drama The Fosters returns with an all new Monday June 22, season 3 Episode 3 called “Déjà Vu,” and we have your weekly recap below. On tonight’s episode, AJ receives support from Callie’s family, but Callie’s [Maia Mitchell] not sure he’s trustworthy. Meanwhile, Stef [Teri Polo] gives Lena [Sherri Saum] some unexpected news about Monte; and Jude struggles to get past the shooting incident.

On the last episode, as part of their annual tradition, Stef and Lena had Mike over for Father’s Day brunch. Jude surprised everyone, especially Callie, by inviting his biological father, Donald (guest star Jamie McShane, “Murder in the First”), to join them. Callie spent Father’s Day with the Quinns and heard some surprising news. Frustrated by his situation at Idyllwild, Brandon let’s off some steam with his classmates. Did you watch the last episode? If you missed it, we have a full and detailed recap right here for you.

On tonight’s episode as per the ABC Family Synopsis, “when the family takes a vested interest in AJ (guest star Tom Williamson, “Switched at Birth”), Callie has doubts about whether she can trust him. Stef surprises Lena with some news about Monte. Meanwhile, Jude has trouble moving on from the trauma of the shooting incident.”

Life has become slightly awkward for those in the Foster family. It seems as if Mike failed to mention he would soon be fostering a kid.

So, naturally, it came as a surprise to his son Brandon when he found a new face having dinner with his family. And, in case it needed to be reiterated, he wasn’t exactly thrilled during introductions. Mike kind of has an uphill battle on his hands.

Eventually, Brandon decided to not make an issue of his father bringing another boy into their home, but he still wasn’t happy. Oddly enough, Callie sided with him on this one. For it looks like neither of them wants to trust AJ.

All that Brandon knows so far is that AJ was in a juvenile detention center when his father applied to foster him. And the reason Callie mistrusts him is because he got her fired from her job – the same job that was to be counted as credits at school.

So it’s not all jealousy that’s motivating them but the way AJ and Mike have bonded does Brandon on edge.

And, in the meantime, Stef and Lena found themselves in a very awkward position as well. They have Lena’s boss to blame for that one.

Monte Porter, Lena’s boss, had told Lena that she was straight. Hence the reason their kiss was such an accident. Though, recently, Stef went out with her single friend to a lesbian bar and they ran into Monte. Monte had apparently been on a blind date with a woman she met online.

Later, Stef’s friend asked her and Lena to hook her up with Monte. And seeing as Monte was considering dating women, Lena had to at the very most approach her.

But setting Monte up with their friend Jenna later proved to be a mistake on Lena’s part. Because Monte didn’t just want to date any woman. She actually wanted to date Lena.

Finding out how Stef and Lena hooked up – a story that sounds very familiar to hers and Lena’s – has had a bad effect on Monte. Now, she believes she has a chance with Lena.

Plus, Monte then went on to convince Lena to keep their kiss a secret. She told Lena that if it was going to affect her relationship with Stef then why bother bringing it up. But it’s not like Monte is going to disappear into the background. For she also mentioned that she and Jenna really hit it off.

And Stef, who had no clue about what was going on with her wife, was with their son Jude. Jude had apparently developed a fear of guns since Connor’s accident and it’s gotten so bad that he doesn’t even want to play video games anymore. So one day Stef decided to take him to the gun range after he had asked her and, though he brought along Connor as well, ultimately neither of them felt comfortable about pulling the trigger.

So it looks like Jude and Connor are going to need some extra and probably professional help in getting over their ordeal from a couple of months ago.

And as for AJ, he did end up committing a mistake, but it was only after he felt like he didn’t have a choice.

Remember, AJ is looking for his brother and that has been one driving force in his life for the last couple of months. His brother has been important to him and looking for him was the reason why he was willing to get thrown out of his first foster home. Mike later said he couldn’t do anything more in assisting him – which was the worst thing he could have said because then AJ felt like he no longer had a reason to stay.

He was going to run away a second time, but Callie stopped him from doing so. She told him that all Mike wanted was to help him. And, unfortunately, that meant telling the truth. Mike couldn’t find someone that didn’t want to be found and it was in AJ’s best interest to hear that.

Mike and Callie had to come up with another way to help AJ find his brother. First, they started out by putting Mike’s phone number next to the bat signal. Just in case that might work. Then, afterwards, Callie enlisted Marianna’s help in creating an app for foster kids.

The app was going to help connect foster kids around the country and this way they don’t ever have to lose someone.

Subsequently, Callie’s app is now going to be her new independent study for school (after she lost that other one) and it will give Marianna a little more experience in social media. Lately, Marianna had convinced her grandfather into promoting his bakery and he’s putting a lot of trust in her and cousin to help turn the business around.

But she didn’t tell her sister that Wyatt, Callie’s ex, was the one that helped her with the bakery promotion.