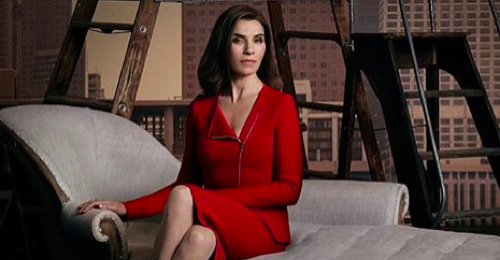 Tonight on CBS The Good Wife starring Julianna Margulies continues with an all new Sunday May 3, season 6 finale called, “Wanna Partner?” and we have your weekly recap below. On tonight’s episode, Season 6 ends with Alicia [Julianna Margulies] getting a suspicious call from a client and discovering that he’s being held in a secret police facility where people are detained without officially being booked.

On the last episode, when a former client (Dorian Missick)called Alicia after being charged with murder tied to a case from 2009, Alicia reviewed the old case, prompting memories of her early days as a lawyer. Did you watch the last episode? If you missed it, we have a full and detailed recap right here for you.

On tonight’s episode as per the CBS synopsis, “Alicia’s professional future hangs in the balance as she decides what’s next for her career. Meanwhile, when Alicia gets a suspicious call from a client, she discovers that he’s being held in a secret police facility where people are detained without being officially booked. Michael J. Fox returns as Louis Canning. This episode was written by executive producers Robert King and Michelle King, and was directed by Robert King.”

Tonight’s season 6 finale looks like it is going to be great and we’ll be updating it live for you beginning 9PM EST.

Tonight’s episode of The Good Wife kicks off with Alicia on the phone with Jacob – he needs some help openinga medical marijuana business. She promises to look in to the guidelines and give him a call back. Eli and Peter interrupt her in her home office, they need to talk to her. Eli sits Alicia down and informs her that Peter is running for President. Peter explains that he has no intention of winning, he just is running so that he can be chosen for vice president. Alicia wishes him good luck and tells him congratulations.

She receives a phone call from Jacob – and it goes to her voicemail. After Peter leaves she listens to her voicemail and it is a recording of Jacob being robbed – he shouts in to the phone for help and pleads with his assailants that he doesn’t have any money. Alicia panics and calls Jacob’s wife and asks her where his meeting with his business partner Greg was. While Alicia is on the phone with Jacob’s wife – Mr. Lester arrives on her doorstep, he is working for Bishop, and he wants to know where Kalinda disappeared to. In court two days ago Alicia said she talked to Kalinda – Lester demands to know where she is. Alicia insists that she has no idea where Kalinda is, Lester tries to threaten her and her family – Alicia scoffs that her husband is the governor and he has bodyguards and then kicks him out of the house.

On the phone, Nicole tells Alicia that Greg can’t find Jacob. Alicia thinks that Jacob might not have been getting robbed – he could have been getting arrested. Meanwhile, Alicia calls Cary and asks him if he can get a hold of Kalinda. She reveals that Charles Lester was there – and he is on a mission to find Kalinda. At the office Diane and David Lee are arguing, apparently they hired Louis Canning’s wife Simone as a paralegal at their firm – and didn’t even realize who she is.

Alicia uses a tracking device on Jacob’s phone and heads to the address – it’s a shady alley with a cop car parked in it. Alicia heads in to the abandoned looking building and there appears to be some sort of make-shift police station set up inside it. Alicia asks the desk clerk if Jacob was brought in and he confirms that he was. Then another police officer emerges and tells her that there was a mistake and Jacob wasn’t brought in. Then he escorts Alicia out of the building and tells her that she has to leave because she is interfering with police business.

Alicia rushes to Fynn’s office and shows him a picture of the building where Jacob was taken, Fynn confirms that it is a building called “Homing Square,” it houses the bomb squad and undercover cops. He explains that the police usually take suspects there that nobody cares about, he tells Alicia that she needs to file a habeas in court and show that someone does care about Jacob. Fynn tells Alicia that he thought about it and he has decided to join her firm. Alicia says that Jacob Richter is their first client – they head to court and play the voicemail of Jacob being arrested. The district attorney tells the judge that Alicia is mistaken – and they don’t have Jacob nor did they arrest him. The judge tells Alicia there is nothing she can do for her until she has solid proof that Jacob is being held by the police. Meanwhile at Diane’s firm, Lester arrives and begins asking questions about where Kalinda went. Cary shuts Lester down and tells him that he has no idea where Kalinda is.

Alicia heads home and finds Peter sitting in her livingroom with the kids – he has a talk with them about running for president. Alicia takes Peter aside and tells him that he is putting his kid’s in a bad position – he shouldn’t make it seem like it is their choice, when he is going to do it with or without their blessing. Peter insists that he does care what his family thinks, so Alicia informs him that if that is the case then she doesn’t want him to run – she thinks it is a bad idea.

Alicia heads back to the police station and stops a cop that is walking to his car. She tells him that Jacob is epileptic and she knows he is in there, he needs his medicine. The cop says that she is lying – Alicia gives him a business card and tells him to call Jacob’s doctor and find out for himself. Alicia goes back to her car and Fynn is waiting for her – the number that she gave the cop is actually to Fynn’s cell phone. In an hour the cop calls Fynn’s cell phone, thinking he is Jacob’s doctor, and confirms that he is being held at the police station.

Lester is looking for frozen pizza in the supermarket, Kalinda corners him and tells him to stop harassing her friends. She insists that she left town because Dexter was framing her and trying to make it seem like she ratted out Bishop. She agrees to visit Bishop in prison that week as long as Lester leaves her friends alone.

The next day Alicia and Fynn head to court with the recording of the police admitting they have Jacob in custody. The judge orders the police at Homing Square to let Alicia in to see her client ASAP. While Alicia is leaving court, her ghost writer Kingsley appears, apparently he is following her around and taking notes for her memoir. Alicia heads to Homing Square, the police refuse to let her in and say that Jacob is already meeting with his lawyer – and he decided to go with someone else. Alicia is furious, she heads back to court and tells the judge that they are stonewalling her and won’t let her see Jacob. The judge orders the district attorney to bring Jacob to her court room in two hours – or else she is throwing him in jail for contempt.

The police finally bring Jacob to court – they announce that he confessed to trying to buy 25 marijuana plants and he is under arrest. Alicia and Fynn say that is ridiculous – he didn’t even have a lawyer, they tell the judge that they are motioning to have the confession thrown out. The judge tells them that they will reconvene tomorrow. Alicia heads out to the bar, Kalinda shows up and takes a seat next to her. She tells Alicia that she wrote a confession in the letter she left for Alicia and she needs to give it to Lester, it will get Lester off from all of their backs. Alicia says she didn’t want to give the letter to Lester and give him the satisfaction. Kalinda tells her to give him the letter and then says goodbye again to Alicia, she says that she is leaving town for good this time.

Diane, Cary, and David Lee vote and decide that they have to fire Louis Canning’s wife – she is a liability and she could spill their firm’s info to her husband. Diane sits down with his wife and tells Simone that they are downsizing and they have to fire her, Simone begs her to give her a shot but Diane lets her go. Later, Louis Canning shows up at the firm and is furious that they fired his wife – he vows to rip them to shreds.

Fynn and Alicia head to court to try and get Jacob’s confession thrown out. The police argue that he confessed to buying marijuana plants, and they didn’t offer him a lawyer because he confessed before they even read him his Miranda rights. Afterwards Alicia and Fynn go out for drinks – they brainstorm about the case, they decide they need to find a cop on the inside that will spill the beans about what really happened.

The next day Lester shows up at Alicia’s house – he says that Kalinda promised to visit Bishop in prison and she never showed up. Alicia takes out the letter that Kalinda left her confessing to ratting out Bishop – she lights it on fire and burns it right in front of Lester and tells him it is a letter from Kalinda and he is never going to know what it said.

In court Fynn and Alicia call Officer Tellerman up on the stand – he is the cop that originally admitted they had Jacob, and then changed his story. Tellerman admitted that he heard on the radio that Jacob was a “1026,” which means a civilian that has been arrested and detained. Fynn points out that if Jacob was a 1026 then he should have been mirandized. The judge agrees and throws out Jacob’s confession – they won their first case together.

Kalinda tracks down Lester, he wants to know why she didn’t meet with Bishop. Kalinda blackmails Lester and tells him that she downloaded files off from Bishop’s computer and some of them were about him – she threatens to show them to the state’s attorney. Lester agrees that he will lie and tell Bishop that he never found her, and assures her that he won’t come after her again.

Flynn shows up at Alicia’s house – he informs her that he can’t work for her. He is trying to work things out with his ex-wife, and he knows that something is going to happen between him and Alicia if they keep spending time together. Alicia whines that she doesn’t want to work alone – but Fynn tells her he is out and leaves. A few minutes later there is a knock at the door, Alicia rushes to answer it and thinks it is Fynn. But, it’s Louis Canning – he asks her if she is looking for a partner.