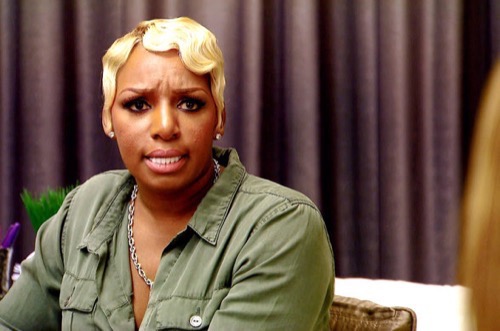 Tonight on Bravo, The Real Housewives of Atlanta continues with an all new Sunday March 15, season 7 episode 17 called “Fix It Therapy” and we have your weekly recap below. On tonight’s episode, Searching for a new purpose in life, Claudia Jordan decides to pursue standup comedy but quickly realizes she is in over her head.

On the last episode, Kandi and Todd confronted their issues in marriage counseling. NeNe proposed a surprising solution to try to heal the broken relationships. Kandi was blindsided when told that an unexpected rift might be forming with one of her closest friends. Did you watch the last episode? If you missed it, we have a full and detailed recap right here for you.

On tonight’s episode as per the Bravo synopsis, “Searching for a new purpose in life, Claudia decides to pursue standup comedy but quickly realizes she is in over her head. Phaedra breaks down to NeNe about her declining relationship with Kandi, leading Kandi to pay her an emotional visit in hopes of deciphering what went wrong. NeNe gets the ladies together for an evening of therapy with Dr. Jeff, but things quickly go awry forcing NeNe to storm out of the session and leaving all the ladies puzzled.”

Phaedra goes over to Porsha’s house. She asks her if she really wants to live out in the middle of nowhere as young as she is.

Phaedra tells Porsha about her meeting with Cynthia, which ended in Phaedra storming out. Phaedra says they all know things about each other in the group, and Porsha asks who she has dirt on, Cynthia or Peter. Phaedra says both.

Kandi looks at her grandfather’s life and his legacy. She tells her husband that she thinks the two of them could be like that as well.

To focus on her personal life, she suggests talking about some of the things the doctor told them. Todd says he didn’t think the counselor helped them solve their problems.

The couples creates a pros and cons list about eachother. Kandi brings up that they don’t kiss like they used to. She says he can be mad all the time or go on and on about stuff when she wants to move on. He says that her con is that she doesn’t like to deal with problems or issues. When asked if he has any pros about her, he doesn’t say anything and asks the dog before coming up with “very family oriented” and then saying he has to go to a meeting.

Claudia hangs out with her friend Gary from work and talks about her desire to do standup comedy.

NeNe goes to Phaedra’s house and asks her if she’s feeling better. Phaedra says it was a lie and Apollo hadn’t even been gone 24 hours.

Claudia is working on her comedy act, so she seeks advice from a comedian. She tells her that she’s attempting a comedy show. The advice she receives makes her realize she isn’t ready yet.

Kandi visits Phaedra in her office. Kandi tells Phaedra about NeNe telling her that the two of them need counseling. Phaedra brings up the night at the restaurant when Kandi didn’t come out or contact her. Kandi says she feels bad, but she has been going through things too, like her play being cancelled. Kandi says it irritated her to hear about these issues from NeNe and not Phaedra herself. Phaedra says she loves Kandi, and that what people say doesn’t matter as long as they have an understanding. Kandi brings up NeNe insulting Phaedra in the past, saying that NeNe will turn on her and air everything out in the future, but Phaedra says she has to believe people can change. Kandi asks Phaedra if she’s going to the group therapy session, and she says no.

At the group therapy session, NeNe begins by saying it’s important for everyone to get along because they have to be around one another and that everyone is acting negative and not like a grown woman.

The doctor calls out Kenya for smirking, and she brings up that she wasn’t invited to the previous dinner, which NeNe referenced by saying Kenya wasn’t there. NeNe says it wasn’t meant to be negative, but it was meant to be helpful.

The doctor intervenes, and NeNe says he doesn’t represent her and she doesn’t know him like that. Kenya shares her side of the story, where she and NeNe made up only for NeNe to shun her the next time they saw eachother at Kandi’s.

NeNe says she thinks they clearly understand who the other is and that they’ll never be friends. The doctor asks NeNe if she had any feelings of respect toward Kenya, but she won’t say that she did.

Claudia asks NeNe why she blew her off at Kandi’s house. NeNe says she doesn’t know and that everyone in the group has been coming at her.

Cynthia then takes responsibility for any part she took in their feud, calling NeNe disrespectful for calling Peter a bitch. NeNe says she felt he was acting like a bitch.

Cynthia says they didn’t really move on, and once the rift started, NeNe went above and beyond to destroy the friendship. She says she didn’t feel NeNe would be open to have the conversation and move on. When she calls NeNe out for responding sarcastically, NeNe calls what Cynthia has said a “flat out lie.”

NeNe calls her a mean girl, and Cynthia responds by telling her she’s the mean girl and talks about everyone like a dog.

When Kandi starts in on her, NeNe storms out. The doctor follows her into the elevator and tries to get her to come back. She says she isn’t going to stay there for Attack NeNe Day as he follows her outside.