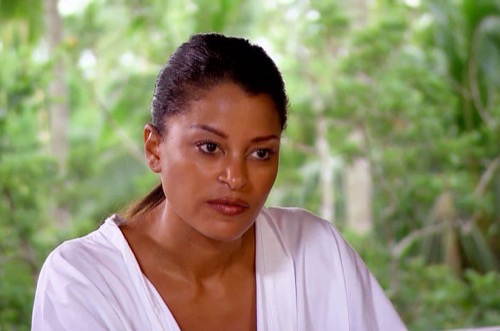 Tonight on Bravo, The Real Housewives of Atlanta continues with an all new Sunday March 29, season 7 episode 19 called “Drama Detox” and we have your weekly recap below. On tonight’s episode, the women travel to the Philippines. Everyone is in attendance except NeNe Leakes, who has chosen to work on her upcoming role for Broadway.

On the last episode, Dr. Jeff lead the women to a breakthrough. NeNe struggled with studying for her Broadway debut. Kenya’s cast read her script for the first time. Phaedra met with an attorney to figure out the next steps in her life. Claudia decided to continue ushering the girls towards better friendships. Did you watch the last episode? If you missed it, we have a full and detailed recap right here for you.

On tonight’s episode as per the Bravo synopsis, “The women travel to the Philippines. Everyone is in attendance except NeNe, who has chosen to work on her upcoming role for Broadway. Phaedra opens up to Claudia. For once, there seems to be peace and positivity throughout the group…that is, until dinner time.”

The ladies are going on their trip to the Philippines. When Phaedra comes, she tells everyone NeNe can’t come due to her blood clotting issue. The two days of the trip is going to be spent at a detox resort deep in the jungle where there will be no booze.

NeNe is in New York meeting with the creative director for Cinderella a week before the beginning of rehearsals. He tells her it will be a rigorous process, talking about all the things she will have to do. He has her read a scene for him. She asks him if it’s okay to use an accent, saying she would like to use two accents, one for the character and one that is NeNe.

He says they should be sparing with that because the story takes place in a particular time and it can’t be too modern and urban, but she can use it a few times for comedic effect.

Phaedra is still being distant from Kandi, and Kandi wants to resolve the problem.

Claudia takes the women to the vegan detox resort. She gives the biggest room at the resort to Phaedra because she’s been going through a lot.

Porsha asks Phaedra how she feels being around Cynthia. Phaedra says she has bigger fish to fry so she doesn’t care. Phaedra says the group seems to be getting along and maybe she should have gone to see Dr. Jeff with everyone.

Claudia and the others talk about “the cancer in this group, which is NeNe.” Cynthia says she affects the energy in the group, and not always in a good way.

Claudia invites Phaedra to lunch. Phaedra thanks her for the great room, saying it was very touching. Claudia says it meant a lot that Phaedra came on this trip. Phaedra says she had bad thoughts about it because she’s been going through a lot. Claudia says she knows she’s not in Phaedra’s circle, but knows she is going through a lot with her divorce, telling her about her own divorce and saying she relates. She says she dealt with her divorce in a negative way by drinking and having suicidal thoughts. She says her ex-husband’s family begged her not to do it, but she finally got to the point where it was too much and she had to get the divorce. She asks what that point was for Phaedra, and she says she’s not going to discuss that with her. Phaedra says she’s really private and doesn’t go around chatting with people. She says she sees this as a major trial and she just has to get through it and surround herself with people who have her back like NeNe and Porsha. She says it’s difficult not being able to explain certain things to her children. Claudia asks her if she is still tight with Kandi, and Porsha says they’re cool. She says she’s supposed to get a massage with her later.

Phaedra asks Cladia how she intends to be a catalyst for change in the group. Claudia says that a lot of people in the group have loud personalities and will learn not to take certain things so personally.

Kenya video chats with Brandon. She tells him to hold down the set while she’s gone.

Kandi and Phaedra go to get massages. Kandi tells Phaedra what Dr. Jeff told her about fixing their issues. She asks Phaedra why everyone thinks the two of them are having issues, and what she is saying to people to make them think they’re having issues.

Kandi says she has been going through some things, but Porsha told her there were issues. Phaedra says it may have been lost in translation. Phaedra says she has felt like Kandi has been all over Instagram with other people and has felt left out.
Kandi says that if Phaedra can get over the things NeNe has said about her, she can get over what Kenya has said, but Phaedra says that’s a matter of opinion. She asks Phaedra if she thinks she and Cynthia will get along again, and she says no.

The ladies take a yoga class. Kandi has a difficult time doing the poses, and then she falls asleep in the middle of the class, snoring loudly.

Claudia tells Cynthia about her conversation with Phaedra. She asks Cynthia how to get Phaedra to apologize to her and Kenya, asking how to do that. Cynthia says she thinks Phaedra’s main issue with her is the rumor about her affair.

Claudia makes everyone sit in assigned seats at dinner. Cynthia and Porsha, who have been seated together, get along surprisingly well.

Claudia asks the women if they would like to look at photos of this trip and think about positive things and not the people they don’t like.

She proposes that Cynthia and Phaedra discuss their issue. Cynthia apologizes to Phaedra, saying her personal life with her husband is her business and she respects any decision she makes.
Phaedra says nothing.

Kenya says that it would be nice for Phaedra to take in what she’s saying because she’s trying to make peace with her the same way she tried to before. She says she always tried to have a conversation with her to be shut down.

Phaedra says even if she wanted to believe what Apollo said is a lie, she can’t because of the past. Claudia asks if there’s anything they can say to put this issue to rest. Kenya says she would like to have a private conversation with Phaedra. Phaedra agrees, and everyone cheers.