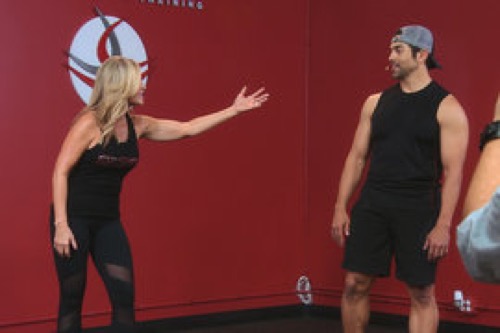 The Real Housewives of Orange County returns to Bravo tonight with an all new Monday July 20 season 10 episode 7 called, “Bowling in Heels,” we’ve got your recap down below! On tonight’s episode, Vicki Gunvalson enlists the powers of a medium to try and communicate with her mother. Shannon Beador discovers that to lose physical weight, she has to do more than just exercise, she must deal with the weight of her emotions too.

On the last episode Vicki’s mother’s passing had sent shock waves throughout the OC, causing the women all to take a deeper look at their family lives. While Vicki traveled to Chicago to mourn, Tamra headed north to celebrate the birth of her granddaughter. Meanwhile, Shannon continued to heal her marriage with David. Meghan tried to create a lasting memory for her stepdaughter Hayley. Did you watch last week’s episode? We did and we recapped it right here for you.

On tonight’s episode per the Bravo synopsis “Vicki enlists the powers of a medium to try and communicate with her mother. Shannon discovers that to lose physical weight, she has to do more than just exercise, she must deal with the weight of her emotions too. Meghan tries to teach her step daughter responsibility but learns a lesson about parenting instead.  While Tamra and Eddie struggle to work together at the gym, Heather is eager to start a new project with Terry. All the ladies come together for a fun night of bowling and a surprise announcement.”

Shannon goes to a holistic specialist, revealing that she has gained weight due to stress. She says in confessional that she needs to get her body together so that she doesn’t look at herself and feel like her appearance is the reason her husband cheated on her. The specialist tells her that stress in her body is related to stress in her life, and she says she knows why she has issues pent up. He tells her he is going to help her let go of some of the emotional baggage.

Tamra is working on making updates to her business, workout studio Cut Fitness, due to declining attendance.

She says in confessional that working with her husband Eddie has been difficult. She says they started the business together, but because he is currently spending more time there than he is, he thinks he is running the business.

They film an advertisement together, and she doesn’t like the way Eddie talks.

She says in confessional that he treats her like his employee so she doesn’t want to be there every day anymore.

Vicki and Billy are struggling after their mother’s death. Vicki is worried about Billy because their mother babied him and now he’s having a hard time.

She has called a medium over to see if the two of them can get some closure. The medium comes and says they will be doing a seance.

Vicki says in confessional that one of the things she wants to know is whether her mother was in pain when she died.

The medium tells Billy that his mother was not in pain and wants to let him know that there was nothing he could have done to stop it.

The medium also says that their mother says her dental work is done, and Vicki and Billy are amazed. He says that Vicki’s mother approves of Brooks in the afterlife, and that she loves Kyle’s tattoo and says that should be his last one. Suspicious, Tamra asks him what the tattoo is of. The medium says that’s a good question and he will see what Vicki’s mother will show him. He says that what Vicki’s mother is showing him is just that she loves it and that should be his last one. He says in instances like when Tamra was talking and interfering, the gets cross interference and can’t hear anything. The medium tells Billy that he needs to get an herbal cleanse to clean out his body.

Meghan is upset with Hayley for not showing up to school and not doing her assignments like she is supposed to. She gives Hayley her $100 allowance and tells her that she is expected to take care of her responsibilities.

Meghan says in confessional that not being able to grasp how to parent Hayley has been “beyond frustrating.”

Shannon and David go out to dinner to celebrate Valentine’s Day. David gives her a “make-up gift” for not getting her a gift last year when Shannon got him a gift and a card. This was when he was in the midst of his salacious affair.

Shannon says she is so grateful and appreciative that she hates she is still being flooded with feelings about his affair.

She tells David she never thought they would be sitting here having this conversation, even though she hoped and prayed for it.