The Voice 2015 Recap ‘Best of The Blind Auditions’: Season 9 Episode 6 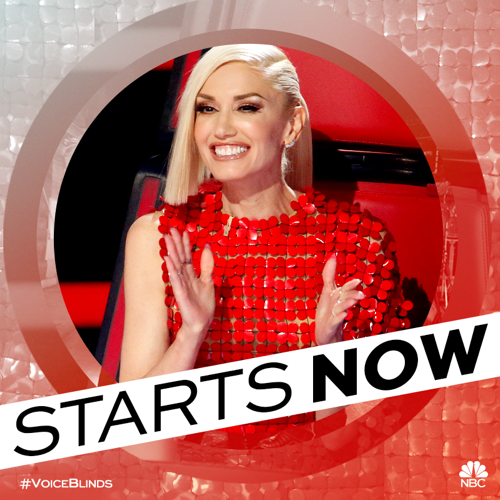 Tonight on NBC the Emmy award winning music competition The Voice continues with an all new Tuesday October 6, season 9 episode 6 called, “Best of The Blind Auditions,” and we have your weekly recap below. On tonight’s episode a recap of the blind auditions. Included: best-of moments; previously unseen footage; and a peek at the battle round.

On the last episode, the blind auditions continued with its fifth part.  Did you watch the last episode? If you missed it we have you covered with a full and detailed recap right here for you.

On tonight’s episode as per the NBC synopsis, “Carson Daly (“TODAY Show”) hosts a special recap of the blind auditions including never before seen moments and a sneak peek at next week’s battles. Coaches Adam Levine, Blake Shelton, Gwen Stefani and Pharrell Williams take a look back at their decisions as they head into the battle rounds.”

Tonight’s season 9 episode 6 is going to be exciting. We’ll be blogging it right here for you. In the meantime hit up the comments section and tell us your thoughts on season 9 of The Voice.

Tonight is the best of the #VoiceBlinds. We see Mark Hood from Chicago, a soul singer, who says no one would know it but he wants to work with Blake. He ended up turning all four chairs and Adam says he loves that Mark high fived the stage. Adam mocks Blake when he tries to rock a Pharrell hat and says he looks like the fisherman from Jaws. Mark ends up choosing Pharrell.

We see a couple of other Pharrell team grabs then Ivonne Acero returning from last season. Blake remembered she worked at a fruit farm but she went with Pharrell. 15 year old Siahna Im is shown next and she got turns from all but Adam then Gwen ran to block the other judges because she wanted her for herself. Siahna is a Pharrell super fan so Gwen didn’t have a chance.

Next we get a look at Pharrell’s Madi Davis who struggles with partial hearing loss from birth. She did an amazing Carol King cover and scored chair turns from Gwen and Pharrell. He says he loves her voice and how different it is. Gwen was heart broken that she didn’t get Madi and is hoping to steal her. We get a look at Darius Scott as well from Team Pharrell who score a three chair turn.

We see a couple more then a focus on Amy Vachal who was Pharrell’s after he fought off Gwen and Blake. Adam’s team was full at that point and he told Amy she could win the whole thing. The other two are disappointed when Amy chose Pharrell. He says she’s like a beautiful angel and Blake says he thinks that Pharrell just won it. We then see Pharrell’s duo, Jubal and Amanda, who got engaged on stage.

Blake says Team Pharrell is the one he’s most concerned about this year. We now see that Pharrell is bringing in Missy Elliot to coach the team during #BattleRounds. Pharrell talks about Missy’s credentials and she says she’s been in their situation. Pharrell says he wants a team of people comfortable in their own skin who are individuals. We see a brief look at his team rehearsing Battle Rounds.

Now we get a look back at some of the Team Blake auditions. Blake says blind auditions are like Christmas morning. Adam says people who choose Blake think they can have a friendship with him. Gwen says Blake connects with artists in a sweet way. Pharrell says Blake is the king of country and is all about heart and soul.

We get a look back at Nadjah Nicole’s audition then Dustin Christensen who got a four chair turn and wowed the judges with his Neil Diamond sounding voice. Blake told Dustin they are the same kind of person then had the audience display their Blake face signs. We see a quick rundown of a few other names then it moves to the audition of Blind Joe who has been blind since he was a kid.

The other judges try to woo him to their side but Blake offers the lure of Joe performing with Ronny Milsap after he wins it. No surprise, he chose Blake as his coach. Next we see Chris Crump who did Ed Sheeran’s Thinking Out Loud and killed it for a four chair turn. Blake tells him he may not seem like he’s the obvious choice for him, but he is. Chris chooses him and Blake is shocked he scored the guy.

Next we see Krista Hughes who loves vintage country and Blake sang and mocked the others after he gets her on his team. We see a rundown of a few others then teen crooner Zach Seabaugh. Adam says he sings like Superman and says he’s going to get lost on Blake’s team but Zach didn’t take his advice and chose Blake anyway. We next see Barrett Baber’s plane crash story and how he acted as a hero.

Blake says he likes how diverse his team is and says seven or eight of them have a shot at winning it then he talks about rubbing it in the other judge’s faces when he wins. Blake will use Brad Paisley during the Battle Rounds. Brad talks about how great it is to see these artists before almost anyone else has and offer them advice to help them grow. Blake says these rounds are intense and it’s stressful on coaches.

Next is a look at Team Gwen. Blake says Gwen has learned not to be so nice about the other coaches. He says she’s stepping up and we see a host of artists choose Gwen. First we see Kota Wade who was a pop rocker and got turns from all but Adam. Kota told Gwen she is a fashion inspiration. Of course, Kota chose her idol Gwen Stefani but flattered the other judges first.

Then we see some of her other picks in rapid order and then a longer look at Korin Bukowski who’s a quirky little thing. Gwen says she likes how weird she is and is happy to snap her up. Then we see Jefferey Austin who had taken a long break from performing. Blake says the rest of them sat like idiots while Gwen stole him. Then we see indie singer Ellie Lawrence that Gwen stole from Blake and Pharrell.

Next we get another look at Braiden Sunshine. He’s the youngest in the competition and Gwen is thrilled when he picked her. She’s shocked he picked her and so is Blake who thought for sure he was going with Pharrell. Now we see country singer Summer Schappell. Gwen was thrilled to score a country singer then we see a few others that she picked up.

Last we see Lyndsey Elm who scored a four chair turn with her unplugged rendition of Lips Are Movin’. Next we see Gwen’s Battle Round and her guest coach Selena Gomez. Gwen says these rounds are the most intense on her and the artists. Selena talks about Braiden being nervous and Gwen sings to him to help him work through that.
Team Gwen is made up of:
• Alex Kandel
• Braiden Sunshine
• Chase Kerby
• Ellie Lawrence
• Hanna Ashbrook
• Jefferey Austin
• Korin Bukowski
• Kota Wade
• Lyndsey Em
• Noah Jackson
• Summer Schappell
• Tim Atlas

Now it’s a look back at Team Adam and how he plans to score a third win. Gwen says Adam just can’t stop when he wants someone. We see rocker Keith Semple again and Adam telling him to come to his team not Gwen who also tries to woo him. Then we see a few others briefly before we get a longer look at Viktor Kiraly who’s the Hungarian heart throb and singer. Gwen really tried to lure him away during the four chair turn but he ultimately opted for fellow rocker Adam.

Next we see a look back at James Dupre, country singer and dad of four. Blake fought hard to get James, but he went with Adam. Blake says it hurts when a country artist doesn’t choose him. Then we see the twins Andi and Alex. We see a few more then Shelby Brown killing it with her audition. Blake told Adam to forget it and Adam was able to lure her away from Adam who is jubilant. Gwen wonders how Adam stole two country artists.

We also see Jordan Smith who did that amazing version of Chandelier. Gwen was so stunned she ran down to hug him and she says he doesn’t look like his voice and Pharrell says that’s the coolest part. Adam says the guy lifted everyone in the room. Gwen says Jordan was her soul mate and she can’t believe he picked Adam over her. Adam says he has the best team he’s had on any season. Next we see he’s bringing in John Fogerty for Battle Rounds.

Adam says you can see the competition unfold in the Battle Rounds. We see two sing It Ain’t Me with him. Looks like Adam has picked some crazy stuff for these rounds including The Who and other offbeat and eclectic song choices.

We now get a look at the judges goofing around. First is the judges talking about the new chairs for this season. Blake talks about how Adam is always eating or thinking about food or talking about it. Blake calls him an idiot. We see the stage hands pulling food out of his hands before cameras roll. Blake talks about he and Adam’s bromance and the new Gwen-ship and how Pharrell and Gwen just love each other. Pharrell says he and Gwen are both weirdos.

Adam says he loves Blake even though he busts his chops. Pharrell says he loves when Adam and Blake go at each other. Next week starts the Battle Rounds – join us at CDL for live recaps of all the performances, judgments and steals.