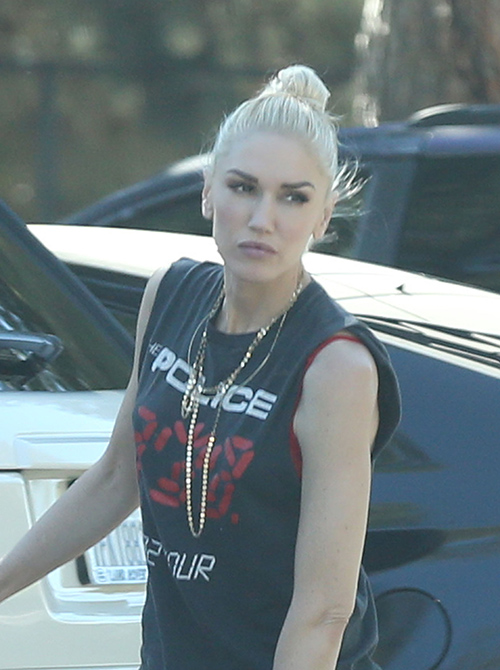 The Voice 2015 spoilers from NBC recently confirmed that Christina Aguilera will be returning as a coach in Season 10 – and she is once again booting Gwen Stefani out of her chair. Season 9 is actually the second season that Gwen Stefani appeared on the singing reality TV show in Aguilera’s place – and fans of The Voice were really starting to get attached to her as a member of the cast. But Christina decided she wanted to return – and the producers promptly let Gwen Stefani know that her services would be no longer needed, and according to a new report – it is not going over too well with Stefani.

According to a new report, there is a total diva feud developing between Gwen Stefani and Christina Aguilera. Apparently, Gwen is not too happy about being out of a job because Christina decided she wanted to return to the show. Christina has been talking smack behind Gwen’s back! An inside source dished to OK! Magazine, “Everyone knows Christina thinks this is her show and she can swan in and out whenever she likes. She refers to Gwen as ‘the substitute!’”

Gwen Stefani isn’t planning on going out without a fight though; the singer is certain that by the time Season 9 of The Voice is over fans won’t even want Christina to return, and they will protest her exit from the show. OK! Magazine’s inside source added, “She knows Christina turns her nose up at her and she’s been told about the ‘substitute’ jibe – and she has a few tricks up her sleeve herself. She plans on going out as THE only coach everyone wants back – the most memorable coach and ‘face’ of the show.”

So does that mean that Gwen’s rumored showmance with Blake Shelton is just her insurance policy? She and Blake are the talk of the internet – Christina never would have stirred up that kind of publicity and drama for The Voice. Are you Team Christina or Team Gwen? Do you think Gwen’s plan will work, will she make herself indispensable? Share your thoughts in the comments below!