Gwen Stefani and Blake Shelton Dating Back On: The Voice Judges Flirting Up a Storm During The Tonight Show 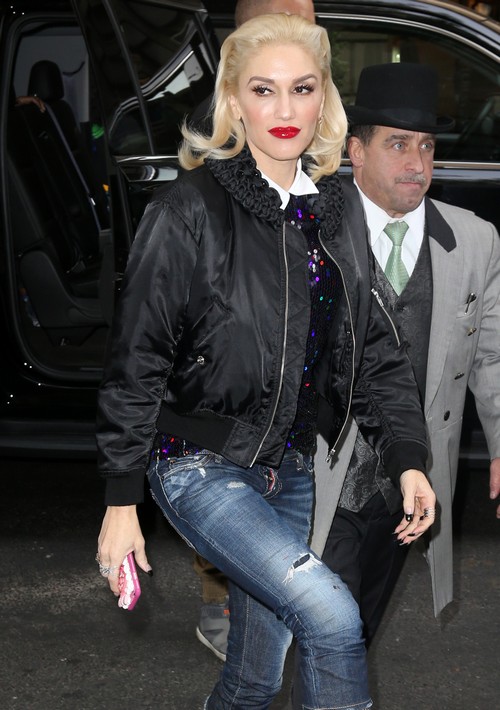 Gwen Stefani and Blake Shelton are back on dating? They were flirting like crazy while singing together during an appearance on “The Tonight Show Starring Jimmy Fallon” Monday, October 26. Jimmy introduced a new game and all four “The Voice” co-coaches had to play along on the late night talk show.

Fallon explained the rules of ”Spin the Microphone” – a musical version of “Spin the Bottle” to “The Voice” coaches Stefani, Shelton, Adam Levine and Pharrell Williams. Then Blake remarked, “This is actually the stupidest game I’ve ever heard of.” But was a good sport and played along.

Things got interesting when Blake Shelton had to sing “YMCA” and Gwen Stefani flirted with him a little bit. Then Blake turned the flirt factor up a notch when he said a noise sounded like something sexual. A “boing” sound was heard and he said, “It sounds like an erection. It does, it does. It sounded like an erection.” That’s when the flirting between Stefani and Shelton got even hotter. When the mic landed on Pharrell’s side he picked a card he choose Gwen and Blake to sing “Hotline Bling.”

Blake, on the other hand, had no clue what he was doing and just shouted out “Bling” from time to time.” But he had no trouble flirting with the platinum blonde and she flirted right back – really got into singing the song – and it seemed she was singing it just for the country music superstar.

With both Gwen Stefani and Blake Shelton’s divorces finalized they have no reason to keep their romance a secret. Both Gwen and Blake have denied rumors that they are dating though there is an obvious attraction between the two whenever they are together.

Given the amount of flirting – and a little bit of sexual tension between the two The Voice judges during their appearance on “The Tonight Show Starring Jimmy Fallon” – they should just admit they’re dating. Or at the very least admit they are enjoying a light-hearted romance.

Gwen Stefani goes out for a walk New York on October 27, 2015. Gwen is getting recognition for her cover of ‘Hotline Bling’ with Blake Shelton on ‘The Tonight Show with Jimmy Fallon’ by FameFlynet