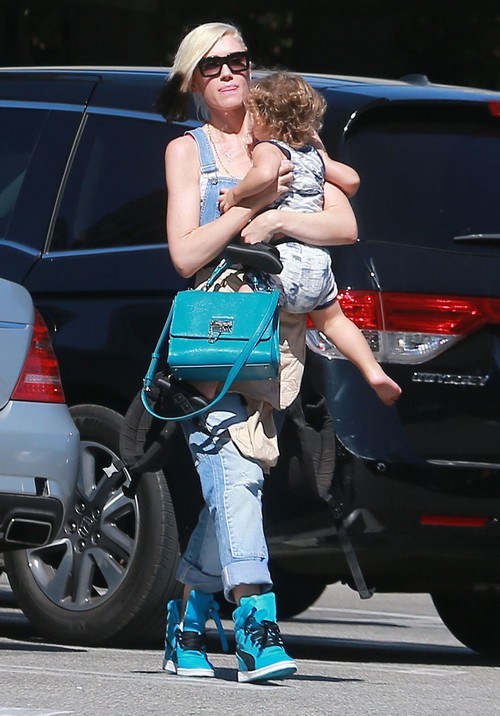 Has Gwen Stefani dumped Blake Shelton in favor of another singer? Could be – because Moby has had a crush on Gwen for over a decade and he’s trying to woo her away from Shelton – and he knows the way to her heart is through her stomach.

A quick recap – Blake Shelton and Miranda Lambert – hailed as a country music power couple – stunned fans in July 2015 when they revealed they were going their separate ways. Not long after Gwen Stefani and Gavin Rossdale announced that they were ending their 13-year marriage.

Then rumors started flying that Blake and Gwen were hooking up. People noticed a lot of flirting between the two on the set of “The Voice” and that blossomed into a romance. Shelton has been looking fine – at least some people think so – and he revealed in a recent interview that he’s a really good place – and not in rehab.

A source revealed to Radar Online that Moby has had a crush on Gwen for about 15 years. Now that she’s a single gal again Moby wants another shot – and has opened a Los Angeles location of his Little Pines vegan eatery in the hopes that “The Voice” coach will accept his invitation for dinner.

Smart move Moby! Gwen has been a vegetarian since she was 12-years-old and Moby is a hardcore vegan. According to sources the singer/songwriter and restauranteur has struggled to maintain a romantic relationship because he can’t find anyone who shares his strict raw food and vegan lifestyle.

Blake – on the other hand – is a party boy who enjoys drinking vodka, hunting, fishing and wearing alligator skin boots. Hunter meets vegetarian? That’s not gonna work! Strict vegan meets vegetarian? Sounds like a romance made in Heaven.

Was the Blake Shelton and Gwen Stefani romance just a publicity stunt or rebound fling – what do you think? Is the newly-divorced Stefani ready for another long-term relationship? Is Moby the vegan of her dreams? Or does Gwen REALLY like Blake enough to overlook his passion for hunting, fishing and alligator skin boots – and drinking?

Let us know what you think in the comments section below and come back to CDL for all your celebrity news, gossip and rumors.