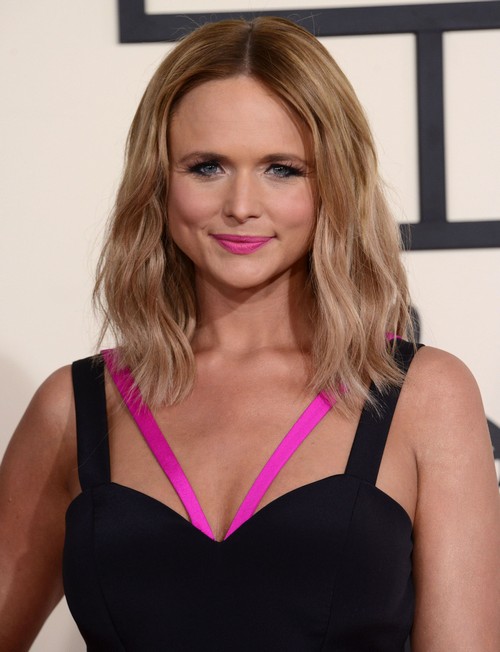 Blake Shelton and Miranda Lambert’s divorce has only been official a few months – but Miranda is not losing any sleep over her ex-husband and is dating Sam Hunt according to reports. As a matter of fact, it’s quite the opposite – Lambert seems to be doing better than ever. It’s unclear who actually was the cheater and who was the victim in Blake and Miranda’s marriage, it varies depending on who you ask.

One thing is for sure though, Miranda definitely isn’t playing the victim now. Nor is she worried about her ex, rumor has it she has moved on and is dating another country music singer – Sam Hunt. Miranda Lambert hasn’t addressed the dating Sam Hunt rumors, nor denied them – so in Hollywood that is as good as confirming them.

Miranda’s love life isn’t the only thing taking off since her break-up from Blake Shelton, so is her career! On October 7 Miranda was honored in Nashville and attended an event where she was inducted in to the Music City Walk Of Fame. At the ceremony Miranda raved about how well she was doing since her divorce, and how happy she was to be living back in Nashville.

Miranda also revealed that since her divorce from Blake Shelton, she has been feeling rather inspired musically – and she can’t stop writing! The country singer dished, “I’ve never felt more inspired. I listen to live music or I’ve written music basically every single day for the whole summer and it was my first summer off the road and I’ve never felt more ready to make music and learn from music and learn from songwriters.” It sounds like there could be a divorce album in the works!

Meanwhile, Blake Shelton recently bragged in an interview that he is doing just fine since the divorce – so this is Miranda’s way of letting him know that she isn’t exactly losing any sleep over him. Of course, any chances of them reconciling were squashed when Miranda got wind of Blake and Gwen Stefani’s flirting on the set of “The Voice.”

The bottom line is, Blake and Miranda are basically playing a game of tit for tat – and basically trying to one up each other and be the happier divorcee. Right now, Miranda just matched Blake’s “I’m doing good and on a diet” interview. So, the ball is in his court.

Do you guys think that Miranda Lambert is really doing as well as she claims she is – or is she just putting on a good show for Blake? Are things with Sam Hunt serious, or is he just a rebound? Let us know what you think in the comments below!