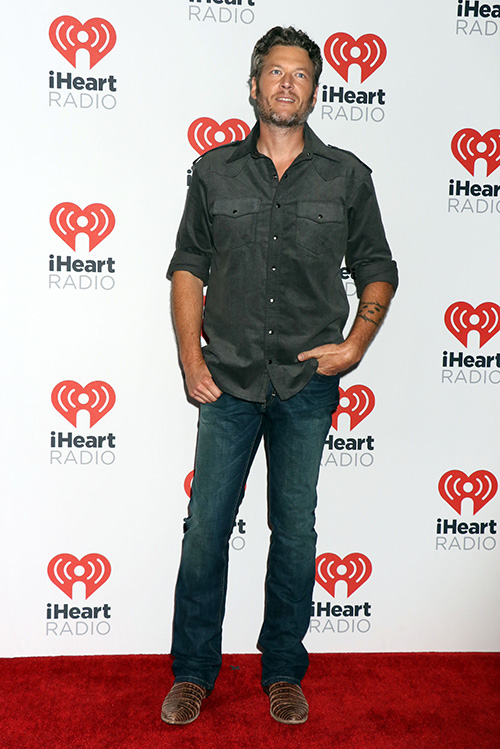 Blake Shelton and Miranda Lambert stunned fans with the news that they had quietly divorced in July 2015. No one saw it coming – except perhaps those close to the former couple. They were able to walk away from their four year marriage without any animosity. Is that the truth? What’s going on with the head coach on NBC’s “The Voice”?

In an interview after his free concert in Nashville, Shelton sat down with CMT 20 Countdown host Katie Cook to talk about his life post-divorce. “I’m in a good place. I wasn’t, but I am now. It’s amazing how quickly life can turn around for you. I’ve had some pretty cool things in recent times that have happened, and I’m loving it.” The interview with Blake aired on October 3 on the country music channel

Miranda Lambert and Blake Shelton met in 2005 at CMT’s 100 Greatest Duets Concert – while Shelton was still married to first wife, Kaynette Gern, whom he married in 2003. By 2006, Blake and Kaynette were divorced and Blake and Miranda were dating.

Blake is now being romantically linked to co-coach of “The Voice” Gwen Stefani – who filed for divorce from musician hubby Gavin Rossdale in August 2015. Coincidence? It could be, but where there’s smoke there could be fire. And back when Blake and Miranda were dating there were constant rumors that he cheated on Kaynette with Miranda. What’s the old saying? Once a cheater, always a cheater? Gwen just came out of a 13-year marriage and it was rumored that husband Gavin Rossdale repeatedly cheated on her.

If Gwen is hooking up with Blake she may want to be careful! But Blake Shelton is doing fine! He’s lost some weight, he’s loving life and it’s all good. He’s dividing his time between his homes in Nashville and Los Angeles. “I’m good, I’m good. I’m not in rehab. I have to pick up a magazine every now and then to see what my alter ego [is doing] I guess…yeah.”

Is Blake truly happy post-divorce from Miranda Lambert? Has he found comfort in the arms of Gwen Stefani? With two failed marriages in 12 years can he ever make one work? Tell us what you think in the comments section below and come back to CDL for all your celebrity gossip, rumors and news!