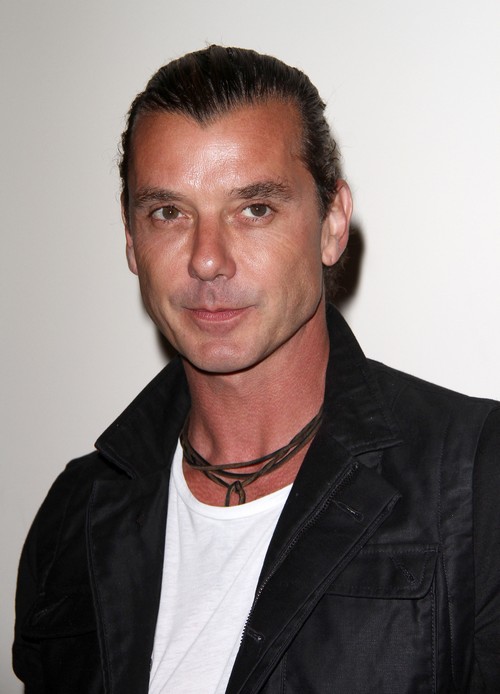 Even though they are still legally married, Gavin Rossdale is totally over his wife Gwen – and he was spotted out with another WOMAN. Yes, emphasis on woman, seeing as how multiple reports claimed his and Gwen’s divorce was caused by his desire to be with men and cheating with women.

Gwen Stefani’s soon to be ex-husband Gavin Rossdale was spotted on a date over the weekend, and it looks like he has a new girlfriend! They weren’t just in the “getting to know each other stage,” Gavin and his new mystery woman were caught kissing outside of a bathroom at a recent event, according to a new report.

Radar’s inside source reveals, “Gavin brought a beautiful tall brunette woman to the event and, at first, it seemed that it was his publicist or something. They came in together and sat next to each other at dinner, but made sure to keep their distance because they knew people were watching them. After drinks started flowing following dinner, Gavin followed her to the bathroom at the same time I was walking towards the restroom. She left the restroom just before I did and when I walked out, Gavin and her were kissing!”

So, it sounds like Gavin Rossdale is trying to keep his new girlfriend a secret – is because he wants to spare Gwen’s feelings, or because he doesn’t want his relationship to cost him any of his divorce settlement or visitation with his kids? What is really interesting, is that the witness said Gavin’s new girlfriend looked like she worked for him.

If she is a member of his staff – does that mean they have been hooking up for quite a while? Perhaps, the mystery woman he was kissing outside of the bathroom is actually the reason that he and Gwen filed for divorce to begin with!

What do you guys think? Is it a little soon for Gavin Rossdale to be moving on? How will Gwen Stefani react? Share your thoughts in the comments below!