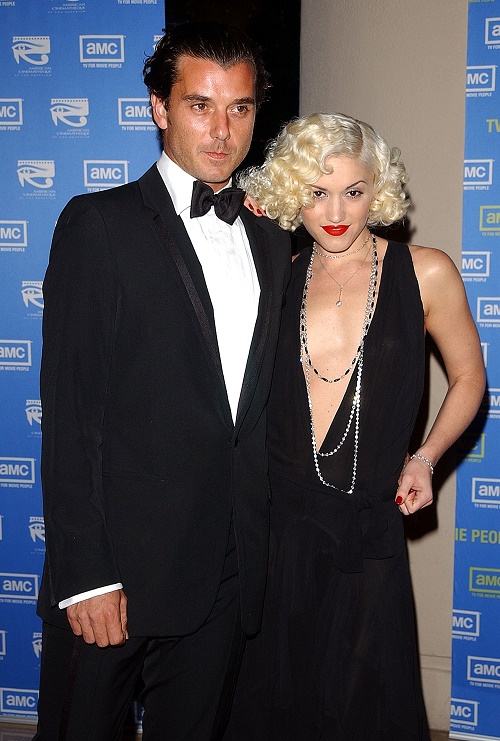 Gwen Stefani and Gavin Rossdale shocked the world this week by announcing their divorce after 13 years of marriage and having three children together. Although the musicians insist that their break-up was amicable, the dark truth behind their divorce has already begun to surface, and it looks like their marriage was another victim of cheating scandals. According to various reports, Gavin Rossdale had a gay lover named Marilyn.

For those of you who didn’t know, long before Gwen met Gavin, there was another lady in his life – his cross-dressing gay lover, Marilyn. When news of Gavin’s lengthy romance with Marilyn first hit the news, Rossdale vehemently denied it back in 2009, but he eventually came clean afterward and confessed that he was involved with another man.

When news of Gavin’s divorce broke, his former lover Marilyn sat down with Radar Online to discuss the break-up, and revealed that he is still in contact with Gavin. Marilyn went on to say that he wasn’t surprised by Gavin and Gwen’s divorce because Rossdale is secretly gay and hasn’t come to terms with his sexuality!

Marilyn dished, “He called our relationship an experimentation, indiscretion of youth. Our experiment went on for five years! If you don’t live in your own truth, whatever it may be, how can you be happy? You’re not at peace with yourself. Gwen didn’t want to know or acknowledge certain things about him. She wanted to edit his past and he wanted to as well.”

It sounds like Gwen and Gavin have been in complete denial over his sexuality for the past decade. Then again, maybe the fact that Gavin had gay tendencies didn’t bother Gwen, maybe the issue was the fact that he was still talking to his former flame Marilyn, and spilling his and Gwen’s marriage problems to him. Talking to your ex is enough to send any woman over the edge, regardless of whether your ex is a male or female.

Do you think that Gavin’s relationship with Marilyn was what caused his divorce? Are the rumors true, was he having a gay love affair behind Gwen’s back and cheating on her with another man? Let us know what you think in the comments below!