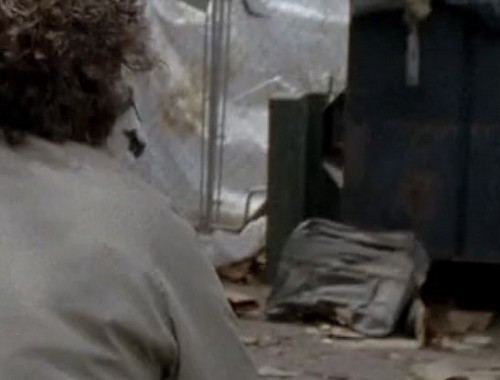 The Walking Dead spoilers for season 6 are coming in, but nothing has captured TWD fans’ attention like Glenn’s [Steven Yeun] death. However, CDL is here to comfort you as we have learned that major character, Glenn, is NOT dead and we know the not so secret savior along with a few details on future episodes.

At first, the world collectively gasped and mourned the death of the fan-favorite character. The beloved pizza boy who rescued Rick from the zombie-swarmed tank was seemingly killed off. CDL already covered the reasons his death was likely faked, but new details reveal Steven Yeun is confirmed for the rest of the season. Steven has been spotted on set filming scenes with characters who have not yet appeared on the show.

‘The Walking Dead’ showrunner Scott Gimple tried to cover tracks with a statement shared with the brilliant after party – ‘The Talking Dead’ basically state Glenn will continue to be a part of the show in some fashion; which could easily suggest he will be shown in flashbacks. However, that is not the case.

As theories have expressed, Glenn’s not so secret savior is the dumpster. While some have argued your average dumpster wouldn’t accommodate anyone to be able to slide underneath…this is TV. Fortunately for Maggie’s husband, the dumpster was large enough to accommodate Glenn.

In a blink you’ll miss it moment, Glenn moves out from underneath Nicholas’ body to seek shelter under the dumpster. Eagle-eyed fans can see this moment as the camera zooms away from scene of the walker herd feasting on Nicholas. 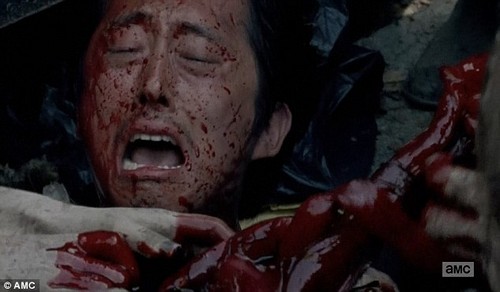 Those are the questions fans should be thinking about. Rest assured, Glenn was not who we saw being eaten on ‘The Walking Dead’ episode entitled ‘Thank You.’