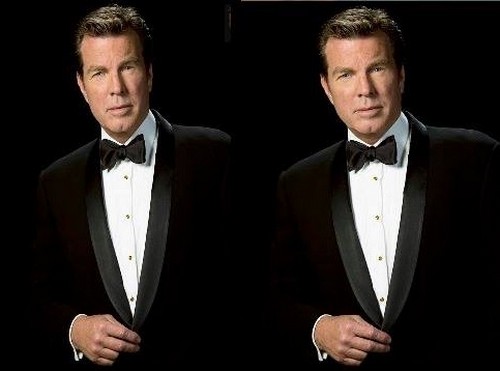 “The Young and the Restless” spoilers tease that Victor (Eric Braeden) has big plans for Jack (Peter Bergman) and we now know a doppelganger or evil twin is a part of his scheme. Jack is being held hostage by Kelly (Cady McClain) and that means the Jack who married Phyllis (Gina Tognoni) is an impostor, the evil twin Jack! So when did the Fake Jack enter the picture? Victor’s strategies are always intricate and it’s clear that the impostor has been in play before.

There have been several times over the last few months when Jack just didn’t act like himself. Y&R fans know that Jack has been devoted to Phyllis and there’s no reason why he would have slept with Kelly – and even worse, then have no recollection of doing so. However, it seems Victor pulled the switcheroo and it worked like a charm. There’s a good chance Victor used Hex to entice Kelly so she wouldn’t know the difference. That may be what’s going on with Phyllis as well. Maybe that’s why the Fake Jack is fulfilling Phyllis’ every desire and everything feels so perfect. “The Young and the Restless” viewers know that if something seems too good to be true, it probably is. 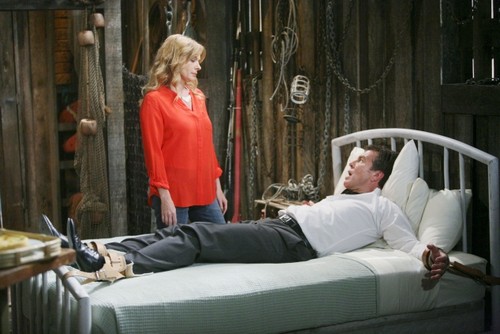 The impostor has obviously done his research so he can insert himself into Jack’s life with ease. Of course, there’s sure to be one detail the Fake Jack and his Victor overlord have overlooked. CDL postulates that this will be Fake Jack’s and Victor’s undoing: the real Jack knows all about how Adam (Justin Hartley) is posing as Gabriel but Fake Jack doesn’t. We claim that we know that Fake Jack doesn’t know this since if he did then so would Victor! But as we see on recent Y&R episodes Victor is puzzled by strident Gabe and does not know who he really is. We say that key piece of information will be Victor’s downfall. When Fake Jack returns from his honeymoon Adam is sure to notice something’s up when Fake Jack doesn’t know that Gabriel is really Adam – and he’ll do his best to make sure the truth is brought to light.

Unfortunately, that may mean that Adam’s secret gets revealed in the process. If Adam lets something slip to fake Jack about his suspicions then the impostor will tell Victor what he knows, jeopardizing Adam’s plan as well. Nevertheless, Jack and Adam are always looking out for each other. There’s no way Adam is going to let it slide once he realizes that ‘Jack’ can’t be the real Jack. Will Adam get on top of Victor’s scheme and save the day? Time will tell, but it looks like Adam could reveal more than he bargained for in the process. Stay tuned to “The Young and the Restless” to see how Jack and Adam’s storylines will merge.

So Y&R fans, what do you think about the news that Victor has been using a doppelganger? Did Victor use Hex on Kelly and Phyllis to make the impostor Jack indistinguishable from the real one? Will Adam be the one to blow the whole scam wide open? Let us know what you think in the comments below and don’t forget to check CDL tomorrow for the latest “Young and the Restless” spoilers, rumors, updates and news.