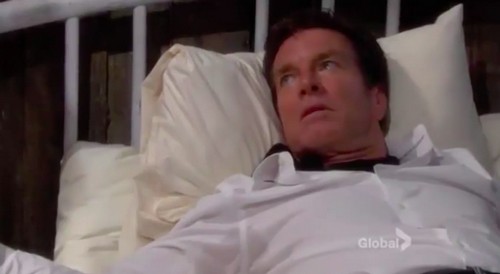 “The Young and the Restless” spoilers tease that several shocking Y&R twists are on the way. Avery (Jessica Collins) will hold Joe’s (Scott Elrod) hand by his bedside. Joe will suddenly begin to code and the doctor will yell at Avery to get out of his way. Later, the doctor will tell Avery that Joe had a reaction to the anesthesia, but he’s fine now. Joe will open his eyes and Avery will explain that she pushed him harder than she should have. (Ya think, Avery?) Joe will tell Avery that it was his fault and she shouldn’t be blamed for what happened. Later, the doctor will indicate that there’s some swelling along Joe’s spine and Joe will ask Avery if he’s paralyzed. Avery will gently tell him that it’s a possibility, but Joe won’t accept that.

Meanwhile, Billy (Burgess Jenkins) will show up at the Abbott house looking for Jack (Peter Bergman), but he’ll already be off preparing to marry Phyllis (Gina Tognoni) in St. Barts. Billy will tell Ashley (Eileen Davidson) that he’s seen the security camera footage and Jack is the one responsible for the hack at Jabot. Ashley will be puzzled by the news and Billy will call Jack to get to the bottom of things. Unfortunately, Jack’s phone will be turned off in preparation for his wedding.

Victor (Eric Braeden) and Victoria (Amelia Heinle) will arrive and demand to know where Jack is. When Billy informs them that Jack’s away getting married, Victor will comment that it’s a convenient time since he’s about to be charged with cyber theft. It seems Jack was responsible for the hack at Victor’s company as well. Ashley will argue that there’s no way Jack could get past security, but Victoria will accuse Billy of taking the security code from her phone. Billy will ask why she wouldn’t question Stitch (Sean Carrigan), but Victoria will argue that Billy would know the code because it’s the same as their wedding date. Billy will tell Ashley that once the security footage gets out, they’ll have to do some extensive damage control. Later, Victoria will wonder why Jack would risk everything and Victor will reply that Jack hates his guts. However, we all know there’s much more to it than that. 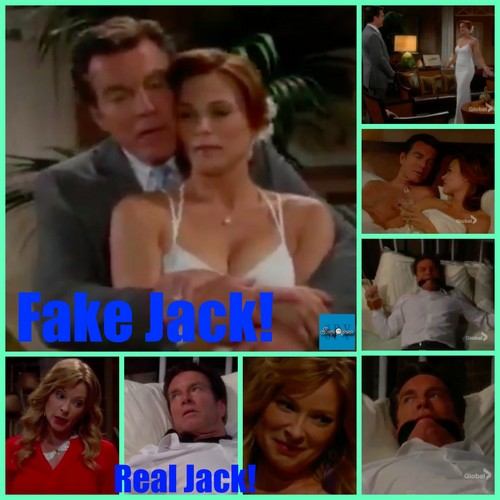 Other “Young and the Restless” spoilers hint that Sharon’s (Sharon Case) vehicle will break down and she’ll flag down another car for help. To Sharon’s surprise, Kyle (Lachlan Buchanan) will step out and ask if she’s going somewhere. Kyle will take Sharon’s back to her place and tell Noah (Robert Adamson) and Summer (Hunter King) that he found her trying to make a run for it. Paul (Doug Davidson) and Dylan (Steve Burton) will show up a short time later. Dylan will tell Paul that he locked up the tire iron in Avery’s office and Sharon will say that she went back to retrieve it. Someone knocked Sharon out and brought her back home. Kyle will ask if she really expects them to buy that, but Sharon will say she hopes Paul will believe her story. Dylan will explain how they got the tire iron tested for blood and fingerprints. After hearing the details, Paul will say he’s placing Sharon under arrest. It doesn’t look good for Sharon right now, but the rumors say things may not be as they seem. Stick with CDL for updates as the cabin killer mystery continues to unfold.

Jack and Phyllis will be married and they’ll celebrate with a toast to each other in bed. Phyllis will gush about how everything is so perfect that it doesn’t feel real. It looks like Phyllis is right that her marriage is too good to be true. In another room, the real Jack will be tied up as Kelly (Cady McClain) comes in and tells him hello. It appears Victor’s big plan involves a doppelganger. Yes CDL told you first that Jack Abbott had an evil twin! These storylines just get crazier by the second so Y&R viewers will want to stay tuned. 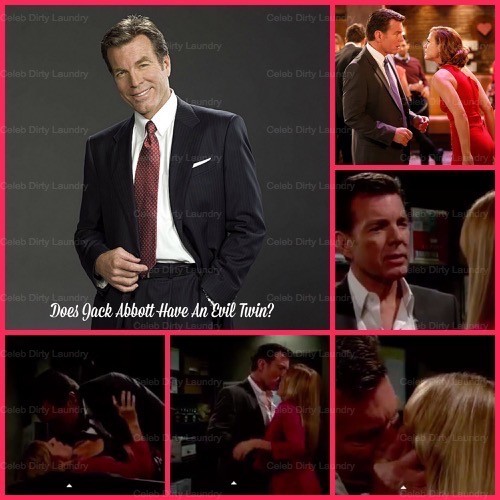