The Young and the Restless Spoilers: Is Sean Carrigan Out at Y&R – Dr. Shelby Can’t Save Stitch After Newman Explosion? 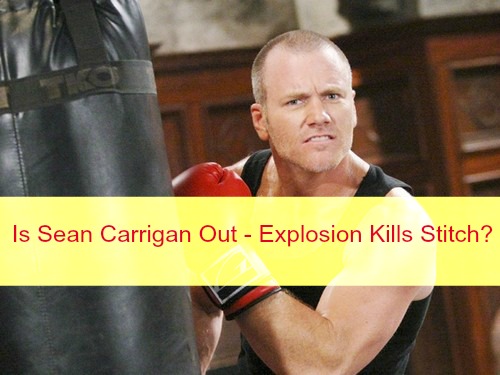 “The Young and the Restless” spoilers are in and it is looking more likely that Sean Carrigan may be bidding farewell to the show next month. CDL predicted that Ben “Stitch” Rayburn (Sean Carrigan) may be killed off the show in the coming weeks. Although, there has not been an official confirmation, recently it has looked more and more like that may be the case.

CBS Soaps In Depth reported in a recent issue that Sean Carrigan was in contract negotiations with Y&R, and they would update fans as soon as they learned his new status. It sent fans in a tailspin with anxiety that the fan favorite may leave the daytime drama.

The fact is that in the past few months, Sean has gotten very little time on air. He was featured quite a bit when he was in a relationship with Abby (Melissa Ordway); however, the duo broke up weeks ago. In a recent interview, Melissa revealed the script would not revisit her relationship with Stitch again. Where would Stitch fit in as a resident in Genoa City without a leading lady by his side?

Last month it was leaked by Head Writer and Co-Executive Producer Chuck Pratt Jr. himself that in November sweeps, there would be an explosion at a Newman Gala that would kill off at least four Genoa City residents. Chuck went on to state that a major contract player would succumb from injury in the accident.

Fans panicked in disbelief that Stitch could be the one leaving the show. Every day, fans flock to Sean Carrigan’s social media accounts inquiring if he is leaving “The Young and the Restless.” Sean has never once responded, which is a red flag. Typically, if leaving a soap is only a false rumor, then the actor wants to put that rumor to bed quickly. Sean Carrigan’s silence on the issue is telling – he may very well be out as Dr. “Stitch” Rayburn. 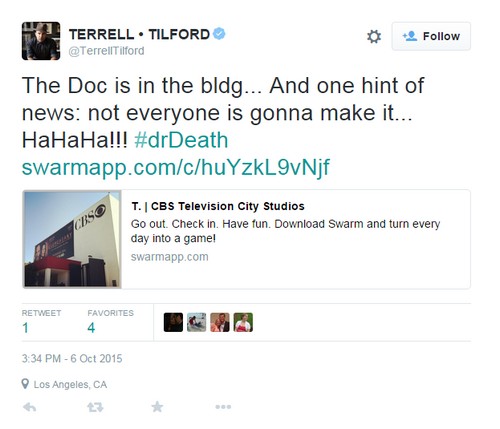 Terrell Tilford (Dr. Shelby) announced that he would appear on the show on November 6. He revealed that he would be working hard to save a Genoa City favorite, but they may not make it. It brought up the suspicion that Stitch could be the one that is injured and needing the expertise of Dr. Shelby.

Tilford didn’t reveal for how long he will remain on the show. At the moment, if someone arrives at the hospital, Stitch is the one who treats them. It doesn’t matter if it is a young child or a pregnant woman – the buck stops at Stitch for every medical treatment. So, why wouldn’t Stitch treat those hurt in the explosion – unless he is the injured party requiring Dr. Shelby’s assitance?

It wouldn’t come as a huge surprise if Sean was let go. Stitch hasn’t had any compelling material written for him in months. Fans have felt for months that the show is wasting Sean’s emense talent, and should utilize him more, yet the TPTB at Y&R have yet to write him a good storyline.

All of the above seems to point in the direction that Sean will be leaving the soap in just a few weeks. Is it possible that Stitch will die, saving Genoa City from a terrible explosion? Do you think Sean Carrigan has decided to leave the hit CBS daytime drama? Don’t forget to come back later for more juicy “The Young and the Restless” spoilers, rumors, and updates!