The Young and the Restless (Y&R) Spoilers: Is Sharon’s Dr. Anderson Up To Something Evil – Positive Pregnancy Blood Test? 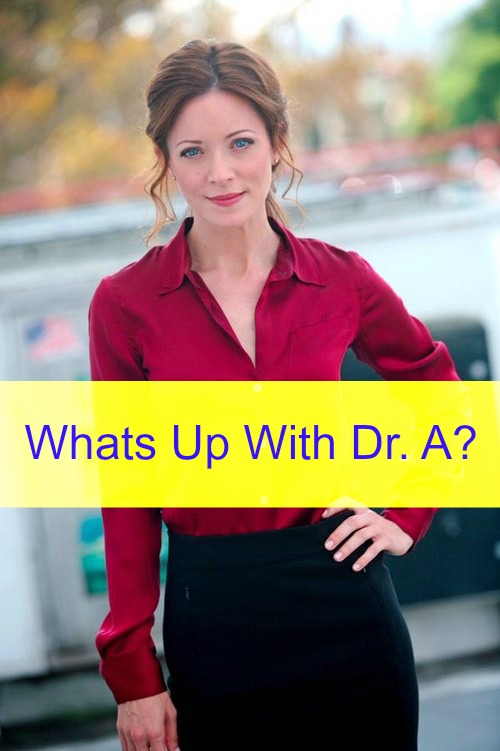 “The Young and the Restless” spoilers and rumors are heating up and it looks like most fans agree that newcomer, Dr. Anderson (Elizabeth Bogush) acted in a pretty shady way last week. Not only does she seemed convinced that Sharon (Sharon Case) is in an active bipolar episode, but she hasn’t figured out that she is not really pregnant – or has she? What’s up with the pregnancy positive blood test?

Dr. Anderson seems hell-bent on reinforcing Sharon’s thinking and making her believe that she really is expecting a little one in the next few months. It is speculated that the doctor could have her own agenda – maybe even agenda tied to none other than Ian Ward (Ray Wise).

Sharon wants nothing more than to give fiancée Dylan (Steve Burton) a child to call his own. He adores her daughter Faith (Aly Lind), but she is Nick’s (Joshua Morrow) daughter. When Sharon became pregnant quickly, she was excited for Dylan – and herself. They finally would have the family they both deserved and craved – but the dream was short-lived when she miscarried only a few weeks later.

Dylan told her he couldn’t bear losing another child. Sharon wanted to tell him about the pregnancy loss but feared she’d lose him forever. Sharon kept the terrible news to herself and vowed she’d get pregnant again right away – and he’d never know about the child they lost.

At first, Dr. Anderson seemed like a caring doctor who wanted the best for Sharon. Little by little, she gave off a creepy vibe that extended to the way she treated Paul’s sister, Patty Williams (Stacy Haiduk). The young doctor seems to be up to something and on a soap, especially, this type of uncharacteristic behaviour inevitably has a dark root. Y&R fans are puzzled and suspect that Dr. A is up to nothing nice.

It seems like Dr. Anderson could be working with Ian Ward. She fits the mold of someone who may follow “The Path.” Ian did steal Mariah (Camryn Grimes) from Sharon and almost married her. Not only that, Sharon is engaged to marry the man who was framed for killing Ian – only to be cleared of the charges when Ian was found to be not-so-dead. It seems like Ian would be a likely culprit behind DR. A’s wacky behavior but in honesty, it could be others. Sharon hasn’t made many friends in Genoa City.

Is it possible that Dr. Anderson is working with Ian in a sinister plot to torment Sharon and Dylan? Part of the official Y&R spoilers reveal that Dylan will save Sharon from turmoil surrounding her, from external demons who do not come from within.

It looks like there must be something evil happening at Fairview – but what? Soaps In Depth reported that Patty would corner Dylan and tell him exactly what is going on at Fairview – including the terrible treatments they are giving Sharon to help ‘cure’ her mental illness. Will Dylan be able to save her? Will he believe that Patty is lucid enough to trust? Don’t forget to come back to CDL for more juicy “Young and the Restless” spoilers, rumors, and updates!