The Young and the Restless Spoilers: Jensen Buchanan Cast as Elise Moxley on Y&R – Another World Star Starts Nov 13 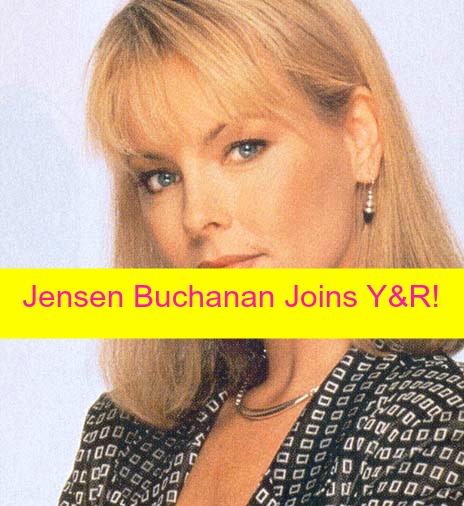 “The Young and the Restless” spoilers announced that Jensen Buchanan landed a reccurring role on the CBS daytime drama. The “Another World” alumna will appear on “Y&R” as Elise Moxley on November 13 – smack dab in the middle of sweep month. Immediately after “Y&R” fans heard of her debut, they took to social media to speculate her storyline and possible connection to Genoa City.

Not much is known about her storyline; however, what CDL does know is she will be a big part of the Adam Newman (Justin Hartley) reveal aftermath. It is speculated that she will be a member of the media that could uncover details about Adam’s innocence. She may be the one that holds key information implicating Gabriel Bingham in Delia’s (Sophie Pollono) death. Soap Opera Digest revealed she was a member of the social scene; she is in the same circle of friends as Nikki Newman (Melody Thomas Scott), a Genoa City socialite.

Jensen said that one day out of the blue someone called her and inquired if she’d be interested in a role for “The Young and the Restless.” She didn’t even hesitate or ask for further details; she agreed immediately – after her divorce Jensen probably wanted to get back into acting again. Jensen revealed that she was shocked to hear from “The Young and the Restless” for a part on the show.

Jensen Buchanan thought her daytime acting days were long gone, especially after she was sued previously for a contract dispute. Jensen is grateful for the chance to show her fans that after all these years she has what it takes to be a success in the daytime scene again. The actress said that she had the talent to pull off whatever scene she is given and noted that she had the passion to make it believable.

Social media exploded with speculation about the Jensen Buchanan storyline. Many felt she could be a recast of a beloved character; however, so far that seems to be nothing but fan fiction. Another popular opinion is she could be related to Sharon Newman (Sharon Case). Considering that Sharon has no valuable contributing family members on the show.

It seems like everyone has a long list of familial support. It would be great if she could bring Sharon family support, solve Delia’s death mystery, and become a series regular. One can hope, right? Don’t forget to come back for more juicy “The Young and the Restless” spoilers, news, and updates!