The Young and The Restless Spoilers: Michael Muhney Interview Reveals Y&R Firing Was Political Not Personal 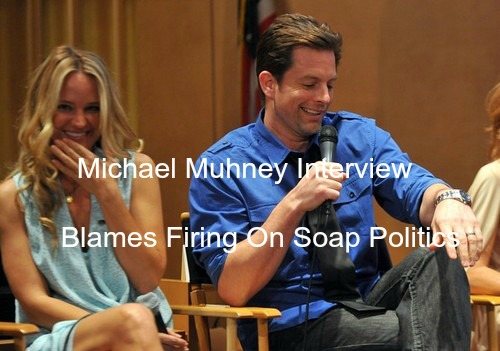 “The Young and The Restless” (Y&R) spoilers surrounding Michael Muhney’s abrupt firing from Y&R at the end of 2013 indicated he was canned for allegedly harassing a young co-star. But now, this interview recorded just a few weeks before his firing reveals that his dismissal may have been showbiz politics.

When you listen to the interview, what’s obvious is that Muhney is an articulate and intelligent man. Prior to accepting the recast role of Adam Newman on “The Young and The Restless,” Muhney had never worked in daytime TV. He was a primetime TV and movie actor with a solid reputation.

In the podcast, Muhney reveals he was hesitant to even meet with Y&R showrunners because he was uncertain about working in daytime. He talked about when he read for the role and accepted it, how the whole thing from start to finish was “cloaked in secrecy.” 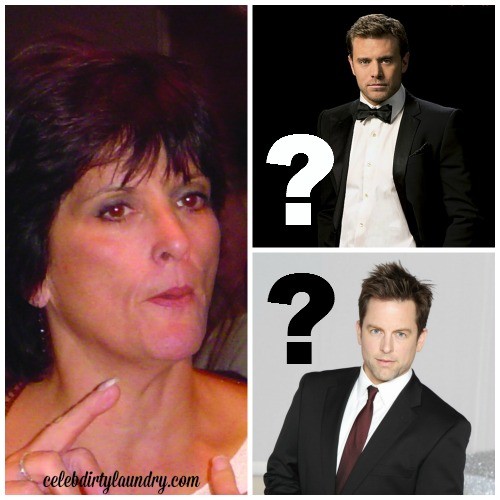 Muhney went on to say how he soon became “hyper aware” of “how much back stage politics and drama there is on daytime sets.” He also talked about how he wasn’t greeted warmly by many cast members and says they were “reticent to get to know me” because they thought he wouldn’t last.

Then the interview got much more interesting as Muhney criticized actors who had been on the show so long they “became complacent in playing a part” and that other actors were too emotional in their portrayals and “are a slobbery mess.”

This attitude may have rubbed other soap actors the wrong way. Muhney added that some daytime actors “seem smothered by the soap world… they don’t have a life outside of soaps.”

This attitude, which Muhney says he was up-front about, could not have endeared him to his co-workers on the set of “The Young and The Restless.” Not being chummy with cast mates may have been enough to cause on-set office politics issues. Perhaps not playing the “game” is what led to his ousting…

Also, Muhney took on the Daytime Emmy nomination and voting process and advocated for change – and was able to make that change happen. That may not have sat well with TPTB on Y&R or his fellow actors.

Muhney listed off a host of issues with the Emmys that he said were unfair.

These including supporting actors nominating themselves as leads, pre-nominations made without reels to judge merit, lead actors voting for lead actresses, and other factors that Muhney said led to wins for actors who are not genuinely deserving of the award.

He mentioned there was a “bully crew” who wanted the Daytime Emmy process to stay as it was and “other people were afraid to say” but agreed with what he was saying out loud. Muhney says he “wanted to see some truth in the awards.”

He added, “There’s also a grouping of people who have been nominated or have won that fit a pattern – they are just politically the least threatening person at their work… their character isn’t that big… but is a non-threat.”

Because of Muhney’s advocacy, the pre-nomination process has changed as has the Daytime Emmy voting process. Now, a reel is required rather than just a name for pre-nominations and lead actors vote for supporting actors rather than for lead across the gender line.

At the same time, Muhney has also said he thought that Emmys, Golden Globes and Daytime Emmys “really don’t matter as much” and said “they’re not career makers or breakers” unlike the Oscar which he calls “the only one award that exists in Hollywood that can make your career better.”

So could Michael Muhney’s pushing for (and success in obtaining) a climate change in the Emmy process be what got him fired from “The Young and The Restless” rather than an unsubstantiated harassment allegation that was never mentioned again nor raised formally?

Were Muhney’s cast mates so turned off by the Emmy changes and his lack of interest in socializing off-set that they pushed showrunner Jill Farren Phelps to can Muhney? Did Michael Muhney fall prey to the backstage politics that he observed from day one at Y&R and yet refused to play into?

If so, fans are right to be outraged that a beloved actor was unceremoniously axed amid ugly accusations that never came to fruition. It’s been nearly two years now and there are still questions about the murky circumstances surrounding Muhney’s exit.

Muhney’s interview on the Radio Retropolis podcast definitely shed some light on what may have made him unpopular with showrunners and high profile cast mates – despite the fine work he did as Adam Newman and his tremendous popularity with fans.

What do you think Y&R fans? Was Michael Muhney sacked for not playing politics and shaking up the status quo? Were Y&R showrunners wrong to fire Muhney since he was adored by fans? Share your thoughts in the comments section below.

Stay tuned to CDL for daily “The Young and the Restless” spoilers, news and updates.